Corporal Conteh a police officer attached to the Brikama police station recently testified in the trial of one Abdou Secka, who is charged with rash and negligent act causing death.

Testifying before magistrates Abubacarr Secka, CPL Conteh stated that on 1st November 2009 he was on duty at the Brikama police station when an accident was reported along the Siffoe-Gunjur highway. He said he visited the scene, and found a gele-gele vehicle stationed were the incident occurred.

He said he was told that the victim was rushed to the Brikama health centre, and had passed away.

According to the police officer, the scene was re-constructed, and the vehicle involved was later tested before obtaining a statement from the accused person. 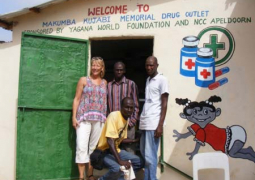