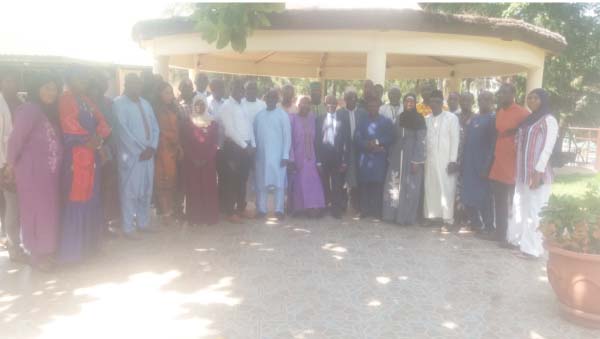 As part of commemoration marking the 2019 World Standards Day, The Gambia Standards Bureau last Thursday organized an information sharing session on the role of the Bureau and the National Quality Infrastructure with National Assembly Members.

“It is an opportunity for us to be able to share and extend information that can be further disseminated in your consequences since you are closer to the local people who you are serving,” he said.

He emphasized that NAMs are closer to the local people within the society and that makes their role important in facilitating their work. “The Bureau has been established by an Act of parliament that was promulgated that distinguished the role of NAMs. That means the role they have in influencing the work of the Bureau cannot be over emphasized,” he lamented.

Mr. Secka further stated that it is in that context that they are required by the same Act to disseminate and promote standardization, conformity assessment, methodology and all the activities that they have been tasked by the Act.

Majority leader of the National Assembly, Kebba Barrow said Gambia Standards Bureau is playing an important role in taking care of the health status of Gambian people and ensuring that all measurement equipment are done in the best way.

He stressed that one of the most disturbing issue affecting the country is the problem of aflatoxin in groundnuts, saying it is time that authorities work with the ministry of agriculture to improve the quality of products, particularly cash crop.

Hassan Gaye, director of industries and investment at the ministry of Trade, said his ministry’s objective are geared towards not only local standards but also international accepted standards.

“The ministry of trade will continue to create conducive environment that will require that all products and services at the conformity are well prepared as far as international standards are concerned, so that Gambian products can also be able to compete with international products globally,” he assured.