We are once again compelled to reiterate our long-time assertion that journalists in this country, including us at The Point, are not enemies of the state, but partners in development.

As journalists, we do not see ourselves in that role. Journalists never create news; they simply report what they see and hear in society.

As we always state, this role of the journalists predates the advent of democracy, as we know it.

Journalists help good governance by relating to the people government policies and programmes.

What we have seen in this country and other parts of the world is that, when a journalist writes a favourable report, from the perspective of the powers that be, he or she is applauded as a good journalist.

However, when the reports are critical, the journalist is vilified, and branded as public enemy Number One.

In the course of explaining some of these policies and programmes that they report about, journalists invariably point out flaws.

Those affected often react adversely to such analyses, commentaries, denouncing them as subversive, a threat to national security or as an opposition mouthpiece.

This should not be the case, because journalists are neither friends to corruption nor enemies of progress and, are definitely, out to help the powers that be!

What is true is that the journalist is a partner in development because by reporting the bad news, they are drawing the government’s and society’s attention to drawbacks that needed improvement.

“In America the President reigns for four years, and Journalism governs forever and ever.” 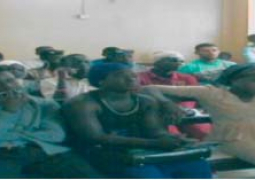