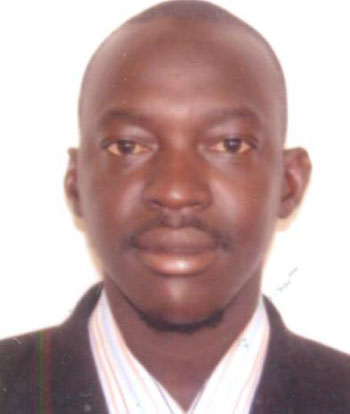 The deputy editor-in-chief and youth forum columnist of The Point Monday left for .

The conference is organised by the Foundation for Future Leaders International (FFLI) and the United Nations Economic Commission for Africa (UNECA) on 24 and 25 July 2012.

The objective of the sub-regional consultative meeting is to provide a strategic platform for the intellectual engagement of all youth development stakeholders including the youth themselves, entrepreneurs from the private sector, experts, government officials, academia and policymakers to brainstorm on providing a strategy for addressing youth unemployment in West Africa.

Speaking to this reporter shortly before his departure, Mr Jawneh thanked the organisers for the invitation extended to him.

He also thanked The Point’s management for giving him the opportunity to participate in the event.

Mr Jawneh, who also doubles as the regional president of the West African Network of Journalists on Peacebuilding (WANJOP), will also hold meetings in with officials and members of the network in that country.

He is also scheduled to have a briefing with WANJOP national coordinator in , , while on transit at .

“This is a great opportunity for me; not only will I have the chance to discuss and share ideas with other conference participants on youth employment issues in the sub-region, but will also have the opportunity to further strengthen WANJOP,” he said.