Plymouth/Banjul Challenge, a Non-Government Organization supporting over 72 projects in the country have again presented three vehicles including a well equipped ambulance at a ceremony held at Arab Gambia Islamic Bank (AGIB) in Banjul recently.

The beneficiaries include the Gambia Police Force, the Gambia Red Cross and Tooth Savers, a newly registered NGO.

In his opening remarks, Mamoud Malick Jagne on behalf of AGIB Bank described their relationship with Plymouth/Challenge as fruitful. "Plymouth Banjul challenge is complementing government's efforts and our bank is happy to be associated with them," he said.

Geri Mitchell, one of the leaders of the Challenge said they started with something they never knew would grow to this stage. "The first 36 vehicles came and our people are always happy to come here. Seeing what they go through in other countries, we all prefer ," she said.

She further praised two men whom she said had tried their best to reach the with a state of the art Ambulance for donation.

For his part, George F. Gomez said the Challenge has helped in a lot of areas. The police, he said do not have a well equip ambulance but the one donated to them will serve them well. "It will assist to save lives. We would continue to operate as far as the police allow us to and we are sure that they will", he said.

Other speakers include Dove Nixon, who reaffirmed their determination and commitment in helping the .

The ambulance key was handed over to the Inspector General of Police by Dove Nixon. Fatou Mass Jobe, President of the Gambia Red Cross expressed hope that the Challenge will help with the maintenance of the ambulance. Tooth Savers also received a Land Rover for bush trek. 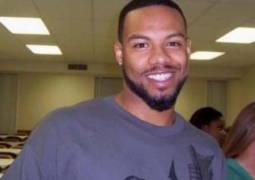