The trial of Edwin Arthur Levender, a British national and his Gambian accomplice, Jalikatou Bah, who were charged with exposing their private parts in a public place recently failed to proceed at the Bundung Magistrates' Court.

When the case was called, the prosecuting officer, Chief Inspector Mballow announced his representation for the IGP, while both the accused persons and their defence counsel were absent.

The trial Magistrate Lamin George then adjourned the case to 13th April 2010 for defence. 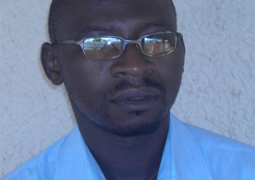