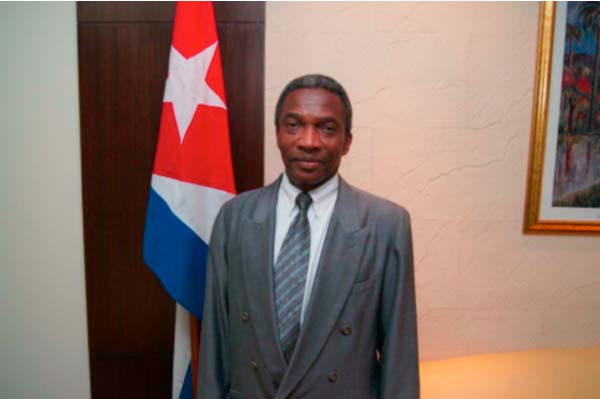 Lazaro Herera Martinez, the Cuban Ambassador to The Gambia, has reiterated his commitment to strengthen the existing relation between The Gambia and Cuba, in the interest of the two countries and peoples.

In this edition of the Personality of the Week, we share with you his experiences and the longstanding relations of the two countries, as well as his future plans.

We also take you through how he changed his ambitious goal of being a scientist to the role of a diplomat.

He was born in the Cuban capital, Havana.

He began his studies in José Martí primary school, and also studied at José M. Lazo de la Vega secondary school and José Martí high school, both under a scholarship programme until 1974.

In 1974, he began to study chemical engineering until 1975, at the University of Havana.

From 1981 to 1982, he served as Information Analyst at the Office of Deputy Minister in charge of Asian and Oceania Relations, Ministry of Foreign Affairs.

In 1997 to 1999, he was at the Minister Counselor, Deputy Head of Mission at the Cuban Embassy in Beijing.

From 1999 to 2001, he was the Consul General to the Commonwealth of the Bahamas

From 2001 to 2003, he was the Deputy Director and Acting Director, Information and Dissemination Department, Ministry of Foreign Affairs.

From 2003 to 2006, he served in the post of Press Officer at the Cuban Interests Section in Washington DC, USA. From 2006 to 2008, he was also a Senior Officer, Asian Department, Ministry of Foreign Affairs

And from 2008 to 2012, he was the Ambassador to the Kingdom of Thailand and to the Republic of the Union of Myanmar; and from 2014 todate he continues to serve as the CubanAmbassador to The Gambia.

He enjoys reading, listening to music, dancing and also admires flora and fauna. He also likes handicrafts and pottery.

In this edition of the Personality of the Week, we share with you his experiences and other relevant issues.

Q: How can you describe Cuban-Gambia relations?

A:We are trying to extend our relations in the agricultural sector, as well as the educational sector. I am also trying to develop more fields of benefit to the two countries.

Though the two countries are geographically far from each other, we are much closer as brother countries.

Q: What are some of your objectives as far as the diplomatic relationhip is concerned?

I have received a warm welcome form the Gambian authorities when I arrived in the country last November. I have very good relations with the ministries in The Gambia, as well as with the parliament and we have a lot in common.

Since the establishment of the Gambia-Cuban relations, we have been improving daily with mutual understanding and mutual interests, and we also cooperate with The Gambia in many other fields at the international level.

Q: How has life been with since you came to The Gambia?

A: It has been pretty good! This is my first time being in The Gambia and to African continent as a whole; but I feel like home since the very day I step my foot in The Gambia, as all the doors have been opened for me.

I have a good relation even with the common people, considering the common values we share and friendship, as well as the interaction.

I also learn new things every day about the Gambia, and I am looking forward to the future of the country. To tell you the truth, I feel something special here in The Gambia.

Q: Could you please share with us your various diplomatic experiences around the world?

A:Every county has its own peculiarities.China was a very good experience as a diplomat, because I began my career in China just at the beginning of the process of reform in China.

When I arrived in China, it had nothing to do with what China is today. It was poor and millions of bicycles were used as means of transportation.

It was very traditional with blue and grey dresses, but everything was totally different. Then suddenly, the Chinese government got reformed, and everything changed from one day to the other.

I could follow up all the processes of the reform of China, and I could see all the transformation that the country has reached at this point in a historic time.

I could see by myself these major processes of reform, in agriculture and industry, and now everything has just developed with huge markets and foodstuff.

And now if you go to China, you can see the difference with a few bicycles and so many cars! It is just the opposite of where I found China in those years.

In the Bahamas, I enjoyed the climate, but I could not enjoy more because the environment was not that conducive. But I also learned about the Bahamian people, and they had a very high level of tourism, mainly from the USA.

The USA was a very significant moment for me and for my formation. It was an opportunity for me to work there, because I could see the difference by myself. There is a huge solidarity movement in the USA favouring the end of the blockage on Cuba. Another significant aspect is the friendship and hospitality of the American people.

Q: What are your likes, if I may asked, Sir?

Q: Was there any goal you had loved to achieve?

A: I wanted to be a scientist. I liked discoveries, I read so many science books and there I developed the love for science. For example, chemistry, because I began to study chemical engineering and I was very good at it.

But I suddenly changed my scientist career to diplomacy, because I was encouraged at the university about diplomacy, though I was not very much convinced about it, because I loved my career.

I thought about it, then later I began to study International Relations and I found it very interesting.

From time to time, I keep thinking what could I be if I had continued my science career, but it is my second preference to diplomacy now.

Q: How is it, since you changed from one significant career to another?

Q: What are some of you plans?

A: My plan is to continue working hard for the mutual relations of the two countries. As an ambassador, I wish if I could initiate new projects in different fields such agriculture, public health, among others, and to continue serving my country for the relations of both countries.

I wish the best for the Gambia government and its people. 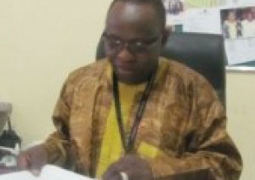