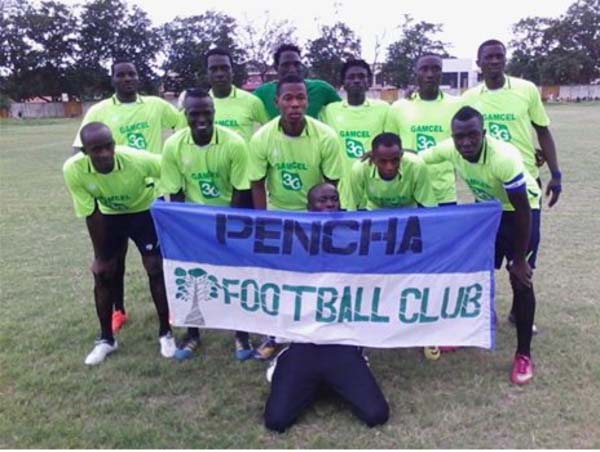 Augusta opened the tally through Kabba Dampha in the 4th minute of the game to give his side the lead, before Muhammed Fayinkeh levelled the scores for Pencha in the 11th minute to cancel Kabba Dampha’s 4th minute strike. Thus, the first half ended 1-all.

Upon resumption of the game, Pencha were able to regroup and dominated the game and launched several goal-scoring opportunities.

Ousman Ceesay notched in the second goal for Pencha in the 50th minute of the game from Muhammed Fayinkek’s excellent past to make it 2-1 for Pencha.

Lawrence Jatta sealed the victory in the 68th minute of the game to earn Pencha the vital three points before Mustapha Faye pull back one goal in the dying minutes of the game, which eventually proved to be a consolation for Augusta.

Augusta finished the game with nine men after Bamba Krubally and Daddy Jallow were sent off for bad behaviour.

In an interview with the coach of Pencha, Amadou Touray said he was happy with his player’s efforts.

He was happy the team snatched the victory, adding that this was the first time for him to coach Pencha, and now they are through to the semi-finals.

He thanked the fans for supporting the team during the game.