The Minister of Works, Construction and Infrastructure, Ousman Badjie, recently inaugurated the Sofanyama Bridge in the Lower River Region as part of the 20th anniversary celebration of the 22nd July Revolution.

In his inaugural statement, Minister Badjie expressed pleasure to do so, adding that the significant communication infrastructure was realised by the government through a financial agreement with the European Union under the 9th and 10th EDF for the periodic maintenance of regional trunk roads in The Gambia and Senegal.

The European Union charge d’affaires Ms Agnès Guillaud, in her statement, said EU provided a total of 76.5 million euro to rehabilitate and construct 273 km roads in The Gambia.

She added that 50 per cent of the road network of this country would not be possible without the generosity of the 28 member states of the EU and European taxpayers.

The governor of Lower River Region, Salifu Puye, on behalf of the region, thanked the Gambia government, and on behalf of President Yahya Jammeh thanked the EU for providing the infrastructure that has helped to ease out communication between Gambia’s regions and beyond.

The construction of the Sofanyama Bridge started in November 2009 and was completed in January 2011. 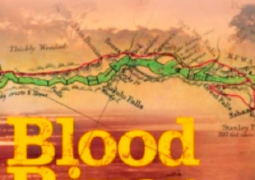