People all over the world do demonstrate peacefully to express their feelings about certain actions of their government.

Yet, even though organisations and individuals do organise peaceful matches or demonstrations, as seen happening daily in countries all over the world, this is not tolerated in The Gambia.

Organising peaceful matches or protests is a way of facilitating freedom of expression, as demonstrators use banners and posters, for instance, to express their views, including their dissatisfaction over certain issues such as a rise in the cost of living, corruption, human rights violations, mal-administration, poor education, lack of basic amenities and so on.

Thus, it is very clear that non-violent or peaceful processions are meant to effect change peacefully.

However, in The Gambia even a peaceful demonstration without prior police clearance is forbidden by law, even though guaranteed by the constitution, which is supposed to be the supreme law of the land.

For instance, Section 25 1d of the country’s Constitution states very clearly that “every person shall have the right to freedom to assemble and demonstrate peacefully and without arms”.

To have a law requiring citizens to obtain a permit from the police before they could assemble and demonstrate peaceably is, in our view, contrary to the spirit of the country’s Constitution.

It is also contrary to recommended best practice consistent with the internationally accepted requirement for good governance in all countries.

In fact, in some jurisdictions, all the would-be demonstrators need to do is to inform the police of their plans to demonstrate (so they are aware and could provide security if need be, and monitor to ensure it’s peaceful), but they would not be required to have a permit before they hit the streets singing and chanting with their banners.

Perhaps it is time for citizens to come together and follow the recommendation of section 5, which is that whenever this happens, then action should be brought at the Supreme Court of The Gambia “for a declaration to that effect”.

Demonstrations are not allowed in this country and that was why, in April 2000, a demonstration by young Gambian students resulted in the loss of many lives, and serious injury to many of them.

In fact, some of the injured are still struggling with life-long disability from the gunshot wounds, when the security forces used live bullets on the demonstrators to force them out of the streets.

In some countries, peaceful demonstration is one of the best and most cost-effective ways to let the public and authorities know the people’s grievances.

However, in this country, groups are denied clearance to even demonstrate or protest peacefully except, of course, if they are parading to praise-sing the powers that be, and their “achievements”.

As far as we concerned, to deny them this opportunity is a serious suppression of the human right of citizens with grievances to assemble peacefully, and petition their government to look into their problems. 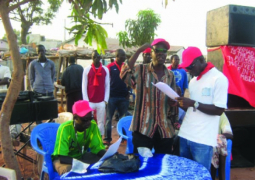 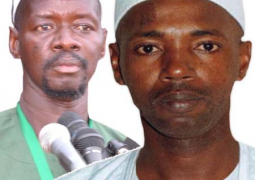