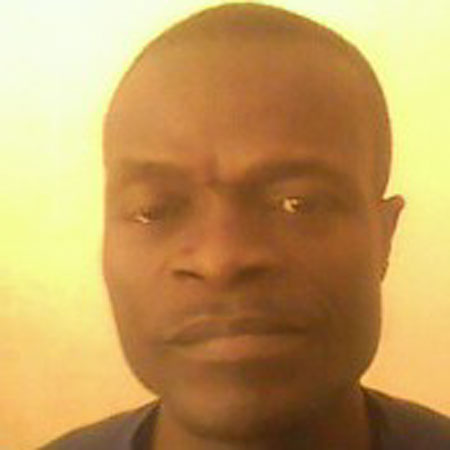 The Gambia National Army has picked up Pastor Gideon A. Adeoye of the Christ Apostolic Church in Bakau for making a baseless allegation against them.

According to S/Sgt Buba Jammeh, Station Officer at the charge office of Fajara Barracks, the pastor wrote against his office that they detained a year-old child. He said the allegation was untrue, as the child had never been in their custody.

He said the matter was under investigation and they are going to get in touch with their lawyer on charges to be preferred against the pastor.

The pastor, for his part, informed the press that the information was given to him by his sources, adding that based on the information given to him he wrote the said letter. He admitted that it was his error for not contacting the Army about the issue. The pastor added that he had since apologised to the army, as he was misinformed by his source.

Victor, Daniel and Kebba Touray all denied giving such information to the pastor, as alleged.

We reproduce below the full text of the Pastor's letter, which was addressed to the Chief of Defence Staff.

APPEAL FOR JUSTICE AGAINST UNLAWFUL ARREST AND DETENTION OF A YEAR-OLD BOY: LAWRENCE DUBEM UZOEGBU.

I, Gideon A. Adeoye, the senior pastor of ChristApostolicChurch in The Gambia, wish to alert you on the above subject stated.

On the early hours of October First I received a distress call from one Liberian boy (Victor Dubem Uzoegbu's guardian) that the army people in Bakau Barracks instructed him to report at the station with the boy along with a friend of the boy's father (known as Pa -a Gambian citizen). This was in connection with a visa processing case between Dubem's father, a Nigerian, and some Nigerian boys.

Without hesitation, Victor and Pa reported at the Barracks with Dubem to answer the law enforcement agents. On their arrival Victor alerted Pa who stood bail for Dubem's father - Emest Uzoegbu, who up till now is at large, was immediately detained. Victor was instructed to go home and bring additional clothes and socks for Dubem quickly. In prompt obedience, Victor asserted he went for the items.

Before Victor's arrival, Dubem had been taken away to an unknown destination as submitted by Victor on the October 1 2008. Later MrPa was released, and I invited him to know the where the innocent boy was. To my amazement the man declined his knowledge of Dubem's whereabouts. It is pathetic to know that none of the people concerned, Victor, Pa, or "the Nigerian boys" could say who is taking care of the one-year old boy. They all claim innocent. The parents were members of the Church but are presently nowhere to be found while the family members contacted in Nigeria showed no interest in the plight of the innocent boy.

As a concerned citizen of Africa and a minister of the Gospel of justice, equity and righteousness, I hereby call your attention to this inhuman development in a lawful society. And I plead your urgent action to save the life of this toddler and should not pay for the sin of his father. While awaiting your response to my appeal, I wish you, the entire leadership and citizens of The Gambia and all dwellers of the land a Merry Christmas and a prosperous New Year in advance.