The latest to have suffered some of the recent windstorms are the communities of Kafuta and Faraba in the Kombo East district of the West Coast Region, leaving affected residents stranded in those villages.

Areas like Bakoteh and Ebou Town have also been hit hard in recent days.

Some weeks ago, it were homes and rice fields in Central River Region especially, that were seriously affected by heavy downpours and floods in and around farms and settlements in that part of the country.

Put together, the impacts of heavy downpours could be disastrous, if proper mechanisms are not put in place to avert such preventable mishaps.

Many households or families have already been seriously affected as houses, foodstuffs, seeds, wells, compound fences and other valuable items have been destroyed by windstorms and in flood waters generated by heavy downpours of rains.

This situation has sparked fear that as the rains intensify more unwanted realities might occur.

It is, therefore, advisable that proper mechanisms are put in place to mitigate and prevent damages taking place in the upcoming weeks of intensive rains.

In the first place, communities should be adequately sensitised on precautionary measures to avoid being hit by rain water floods and other climatic attacks such as windstorm, as a result of the rainy season weather conditions.

People should also be advised to avoid making settlements on waterways. Proper gutters or waterways should be developed by the communities to minimize damage on houses and settlements by the rains and harsh rainy season weather like windstorm.

Our farmers should also protect their farms and guard against farms and residences being flooded by heavy downpour of rains.

Otherwise, communities could face dire situations and predicaments that could be seriously dreadful.

Even though some relief may come from certain quarters such as government through the National Disaster Management Agency, and some other private entities and individuals, to alleviate the plight of victims of rain floods and storms, it is always advisable to prevent rather than to cure.

Our roads are also not helping matters, as a lot of them are in bad shape, with gutters blocked and preventing smooth flow of water. Something also must be done about this.

The Chinese are good in fighting such challenges, and they are now our friends.

“Some accidents there are in life that a little folly is necessary to help us out of.” 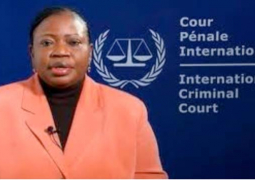