The Department of Parks and Wildlife Management on Tuesday convened a stakeholder’s forum to validate a document on the private sector involvement under the Gambia Biodiversity Management Strengthening Project (GBMISP).

The meeting, held at the Baobab Hotel, sought to encourage private sector involvement in the management of the country’s natural resources.

In his official opening statement on behalf of the director of Parks and Wildlife, Modou Lamin Gassama disclosed that The Gambia conserves its biodiversity through the protected area systems in the form of national parks, nature reserves and other sanctuaries, which cover 4.9% of the country’s land mass.

He however stressed that these are insufficient for the conservation of wildlife thus emphasizing the effective private sector involvement.

Gassama noted that the profitability of the game ranching has been demonstrated in the environment with species of wildlife similar to those which used to be found in The Gambia.

He stated that higher yield of cattle per unit area in the semi-arid areas is demonstrated from the fact that the wild animals are better adapted to harsh environment; more resistant to disease than livestock among others and can utilize natural resources more effectively than domestic animals.

“Other qualities of wild animals that rationalize their management under ranching and farming are valuable trophies and photographic tourism and export of trophies,” he said.

He further stated that it is in this view of the comparative advantages of wildlife species over their domestic counterparts that The Gambia government through the DPWM attempted to recommend ranching as a means of promoting the exploitation of wild animal species for food and photographic tourism as well as export of trophies.

Gassama used the opportunity to inform the gathering that the government has developed a policy to enable private sector involvement in natural resource management.

He added that as the initiative is developing, there is a genuine need to develop and validate a national set of guidelines for the smooth involvement of private sector in the national management of biodiversity.

“To implement this scheme, specific activities will be planned and these will include studies to develop relevant policy and legal frameworks to guide the process.

Biodiversity and institutional strengthening project has already started the ball rolling by funding the private sector involvement in natural resource management,” he noted.

He informed participants that the purpose of the guidelines is to provide a comprehensive and objective framework for private sector involvement in natural resource management with a view to determining the nature of partnership arrangement, among host of others.

Our roads and the rainy season 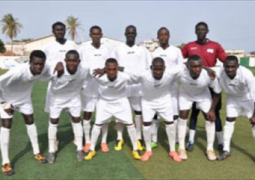