Parents Express Gratitude to Jammeh on U-17 Achievement

Following their resounding victory which earned Gambia's first ever African U-17 CadetChampionship Trophy on foreign soil, parents and guardians of the national heroes all expressed satisfaction for what they described as the greatest achievement from the U-17team and attributing it to the Gambian leader, President Jammeh.

Jammeh was also lauded for making the Baby Scorpions millionaires in appreciation of their ground breaking performance in the just concluded 8th U-17 Championship in Algeria.

Pointsport yesterday went around to seek the opinions of family members of the 2009 African U-17 Champions and this is what they have to say.

Binta Marong, mother of Gambian striker Ebrima Bojang is more than delighted for the tremendous success registered by the U-17 and much more her son Ebrima. She said 'I thank Allah the Almighty who made all of this a possibility".

Mrs Marong described Ebrima as an excellent individual and a true son who is always willing to share with his family whatever he has, noting that the financial award is a dream come true for the entire family.

She concluded by paying tribute to the Gambian leader H.E. Professor Dr. Alh.Yahya A.J.J. Jammeh for his valuable contribution to the success of the U-17 and prayed for him long life and happiness in all his endeavours.

Fatou Janneh, Ebou's only sister from the same mother, said she is the happiest person among the family due to the success registered by her brother and the entire team.

Fatou Janneh herself a former Red Scorpion player, further added that Ebrima's success in football does not come as a surprise to her since her brother dedicated all his life to the playing of the game.

She expressed happiness about President Jammeh's support towards the team, and believes the gesture will go a long way in trying to improve the standard of living of the family.

For his part, Bakanding Ceesay the grand-parent of U-17 striker Seedy Bah, said the entire family is grateful to Seedy describing him as a respectful person who always sticks to the advice of his parents noting that this achievement does not come as a surprise to him.

He thanked President Jammeh for making them millionaires pointing out that this will go a long way in assisting them greatly in their future endeavours.

Meanwhile, Binta Bojang, themother to midfielder Baboucarr Jammeh, also expressed delight for the victory noting that she always encouraged Baboucarr to take the game seriously which has now really paid dividend to not only her son but for the entire family as it will help them improve on their standard of living.

Isatou Ceesay, a sister to the U-17 midfielder Abdoulie Jatta, lauded theteam's performances especially her brother Abdoulie whom she said always listened to her advice noting that Ablie's achievement in football does not surprise her.

She also seized the opportunity to commend President Jammeh for his contribution towards the team's success and urged him to keep up themomentum.

For their part, the sister and step father to Alasana Camara, Ida Camara and Babucarr Saho, both expressed satisfaction for the resounding victory by the U-17 and expressed belief that the boys can clinch the World Cup to be hosted by Nigeria later in the year. They thanked Kemo Ceesay of Steve Biko for contributing to the success of Alasana Camara.

It could be recalled that The Gambia first ever achievement at the U-17 level came in 2005 when they hosted the African U-17 Cadet Championship after out-classing Ghana 1-0 in the final played in Banjul thanks to Ousman Jallow's second half goal. 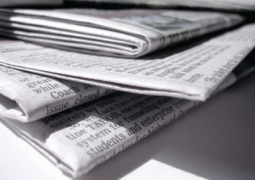 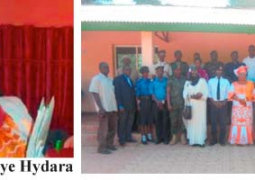