Jambanjelli will meet Serrekunda United in Brikama, while Serrekunda East will engage in a tooth and nail battle with Interior at home.

The last match of the day will be between Lamin FC and Ham Ham in Manjai.

Serrekunda-United who managed only 2 victories in six matches opened the scoring with just 3 minutes on the clock through striker Ali Sowe before increasing his tally to two in the 86th minute with a superb close-range finished.

Young Africans failed to make the best use of many scoring chances.

Midfielder Babucarr Colley capitalised on team mate Abdoulie Samba's cross to open the scoring for Young Africans in the 35th minute but that only proved to be a consolation for them.


The fixtures for  Week Seven are as follows: 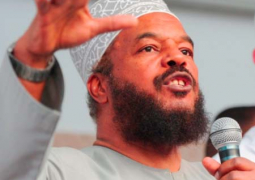