The Gambia National Paralympics Committee on Saturday ended their sports exhibition in Jarra Soma LRR, after six days tour to three regions in the country, namely NBR, CRR and LRR. The tour which served as a way of promoting sports at the disability level in all the regions in The Gambia, as it used to be focused more in the metropolitan Gambia than in the provincial areas.

As usual, events always begin with one km wheelchair race from Soma main garage to Moses Lodge, in which Alhagie Bajinka came out with first position, followed by Barra Nyang, who topped the Bansang race. 3rd, 4th and 5th went to Sainey Colley, Ebrima Mbye and Musa Sonko, resprectively.

In the second event, which was goal ball match for the blind people between team A and team B, was conducted in the Soma Mini-stadium. Team A was able to secure 3-1 win over arch rival team B, making them to have two wins out of three games during the course of the tour.

Though team B had a penalty in the dying minutes of the game through Dawda Sonko to reduce the score to 3-2, he rolled the ball to the side of the net when the goalkeeper Ernest Faal was already downed in the opposite side of the post.

The third game of the day was a thrilling and captivating volleyball match for the deft and hard of hearing in the Soma Mini-stadium Volleyball Court that featured the Blue House and Red House. Blue House came from behind to achieve a clear 34- 20 points victory against their opponents Red House, who was also the narrow winner of the Bansang game with 34-32 points.

The last event to wrap-up all the activities was the usual wheelchair basketball between BCC and KMC, at the same venue which almost got into late evening. The game was not that much keenly contested like that of Fafafenni and Bansang due to the late start of the game. BCC snatched another 24-22 point win, thanks to Alhagie Bajinka's last minutes three points basket resulting in the victory.

All the events in Soma were not the least impressive for both the delegates and the athletes, as the games had suffered some setbacks like very low turn out of the residents, poor pitches and heavy blowing of wins and dust, which athletes found it very difficult to cope with. As compared to Farafenni and Bansang which has no national sports complex, it was described by all the athletes as the best venue throughout the tour. 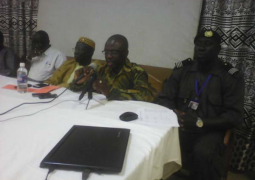 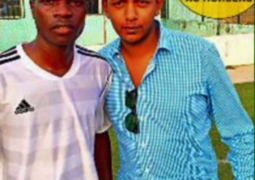