The trial of Mr Pap Saine, Co-publisher and Managing Editor of The Point newspaper, opened yesterday at the Banjul Magistrates' Court before Magistrate Lamin George.

Mr Pap Saine is standing trial on two counts of obtaining registration by false pretence and obtaining Gambian passport by false declaration. He has since denied the charges.

On Count One, it is alleged that Pap Saine some time in the year 1994 in the city of Banjul knowing to be a non-citizen of the Gambia unlawfully procured and obtained a Gambian birth certificate No: 289 by false pretence and thereby committed an offence.

On the second count, Pap Saine on or about the 21st May 2007 at the Immigration Headquarters in the city of Banjul by false declaration obtained a Gambian passport No PC 183902 for himself and thereby committed an offence.

Testifying, the first prosecution witness, Inspector Sainey Ndure, told the court that he is a police officer attached to the Major Crime Unit, Police Headquarters. He said he could identify the accused Pap Saine and that he could recall . He added that on the day in question he was at the major crime unit where he was assigned to question and obtain statements from the accused, Pap Saine, in respect of his nationality. He adduced that during the obtaining of the statement he was with the accused, Pap Saine, and an independent witness and the Accused's solicitor.

He said after taking his particulars, the cautionary wording was read to the understanding of Pap Saine in English.

He said the independent witness also read the statement and signed it thereafter. The said statement was later tendered in court as exhibit. He said he too endorsed the statement subsequently, as the officer who cautioned the accused. He revealed that Pap Saine was asked to produce his citizenship documents. He revealed that prior to asking Pap Saine to produce his citizenship documents he was asked of his nationality and he said that he is a Gambian. He stated that Mr Pap Saine produced copies of his passport, Identification Card, Voter's card and birth certificate. The documents were later tendered in court as exhibits respectively.

In cross examination, defence counsel Antouman Gaye asked the witness whether there were other documents produced by the accused. The witness replied that these were the only documents the accused produced. Further asked whether the accused did not produce a copy of his father's passport and title deed of number

42 Gloucester Street
, the witness replied in the negative. Defence Counsel Gaye also asked the witness whether the accused's father's passport and title deed are not in the possession of Mr Malamin Ceesay, OC major crime and Mr Correa an immigration officer. The witness replied, " I was never informed". At this juncture Lawyer Gaye put it to the witness that the said documents are in the possession of Malamin Ceesay and Mr Correa. PW 1 maintained that he did not know. At yesterday's sittings The Point boss was represented by Lawyers Antouman Gaye, Hawa Sisay Sabally, Momodou Musa Drammeh and Haddy Gaye, whilst the prosecution was represented by Cadet Inspector Amadou Keita. 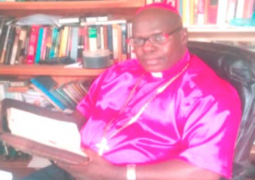 CHRISTMAS MESSAGE 2016:THE SIGNIFICANCE OF PEACE AT CHRISTMAS 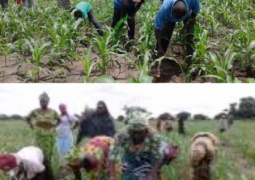