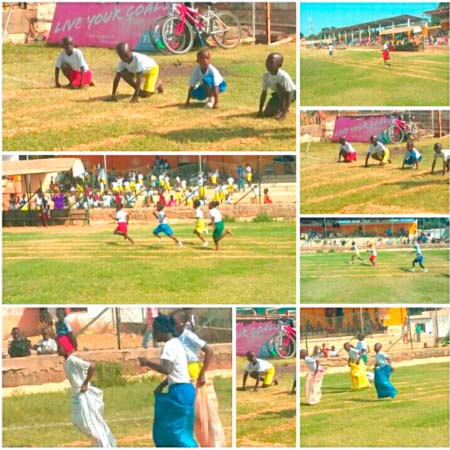 Palmamary School of Bundung Borehole in the Kanifing Municipality on Saturday held its Annual Sports Day at the Serrekunda East Mini Stadium.

The annual event brought together students and teachers in to perform various events such as long jump, relay, tug of war, high jump and sack race.

Mr. Abbas Koroma, the proprietor of the school, said it is an integral part of the school’s extra-curricular activities organised annually for the students and teachers.

Mr Koroma noted that they chose the day to explore and offer more activities that other schools are not offering to their schools, during the annual sports day.

Palmamary School head-teacher Mohammed Bangura, in his remarks, expressed appreciation to the proprietor of the school for his high motivation and efforts to promote the young generation of The Gambia.

“I want to extend my sincere appreciation to the proprietor of this noble institution Mr Koroma,” he pointed out.

Mr Bangura also hailed the proprietor of the school for his high motivation and ambition in promoting young kids in education and sport.

He said the growth of the school, both in offering standard education and students population in the community, has prompted them to look into the possibilities of reorganizing their school’s sports day at the Independence Stadium in Bakau.

He also said the school needs more support from philanthropists and the general public to sponsor the pupils and meet the challenge of acquiring more educational materials.