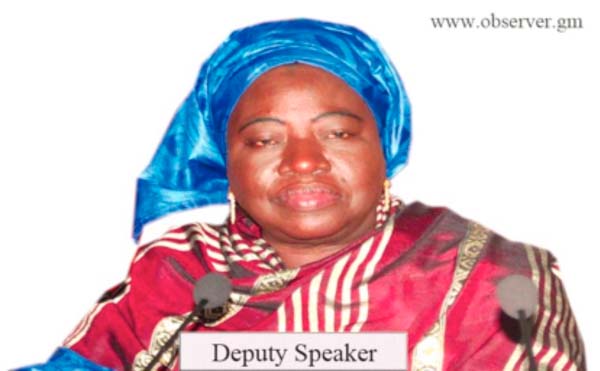 A joint session of the Public Accounts and Public Enterprises Committees (PAC/PEC) of the National Assembly yesterday adopted the report of the National Nutrition Agency (NaNA), describing it as “impressive”.

In his contribution to the debate on the report, Alhajie Sillah, National Assembly Member for Banjul North, thanked the management of NaNA for the “good report” which demonstrated that “they are really on top of issues”.

“Giving them more apportionment would enable the donors to come with more money,” he said, adding that donors depend on how much “you give; as for them the counterpart contribution is very important”.

Hon. Mam Cherno Jallow also thanked the management of NaNA for the “brilliant presentation” of their report, especially the activities they undertook in the year 2014.

He added: “I am very much thrilled by NaNA; they have at least seen success in the pilot [phase] prior to the implementation of the project. We were consulted and they told us there is going to be a preconception for the expansion.”

“I got frightened when I heard the Executive Director saying that in the next 20 years to come people may not die from malaria and other diseases, but rather diseases like cancer and high blood pressure, which is a concern.

“Since NANA is on the right track, they need to be strengthened and be commended,” he said, adding that he has no doubt they would help in health-related issues.

Other speakers at the National Assembly equally praised NaNA for a “job well done”.