“GPPA records show that 33 POs submitted monthly reports during the period under review, and this represents about 26.19 % of the total that should have been submitted to the authority,” he said.

According to him, out of the 33 procurement organisations that submitted their monthly reports, 3.10 % represents Central Government while 23.06 % represents public enterprises.

Danso told members of the PAC/PEC Committees that GPPA was set-up by a statute enacted on 24th December 2001, and assented to by the President of the Republic on 1st February, 2002.

He further stated that constraints experienced by the GPPA are further reinforced by the proliferation of Pos, on one hand, and the GPPA’s inability to recruit more professional compliance officers to meet the growing demands posed by such proliferation, on the other hand.

“It is in view of this that unless such a discrepancy is addressed at the GPPA, monitoring of all POs currently established would be difficult, if not impossible; this requires that the GPPA be resourced enough to enable it to recruit and train additional professional staff to effectively monitor 126 POs,” he said.

He said GPPA’s records during the fiscal year under review show that out of 126 POs subjected to GPPA monitoring, 26 were compliant having submitted their respective plans in a timely fashion. This, he added, represents 20 % of the total. 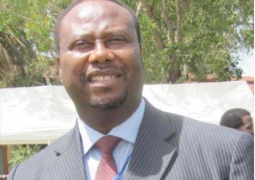