Gambian international defender Pa Saikou KujabiandScottish club have been drawn against Edinburgh rivals andHolders Hearts in a repeat of last season’s final, after the Scottish Cup fourth-round draw on Monday.

Hibs captain James McPake declared the outcome as the perfect draw, giving the Easter Road side the chance to avenge May’s 5-1 Hampden hammering, according to the BBC.

“It’s the tie we all wanted,” the defender told his club website.

“First and foremost, we’re just happy to have a home tie, and it will be a massive game against Hearts.

“I had a feeling we would get them, and it’s a game everybody is looking forward to being a part of.

“But, firstly, we’ve got to build on our positive start to the SPL season - continuing with Dundee United at home on Sunday.”

“It’s quite strange with the cup final, and then the first time the two clubs come back into it we face each other in the first game.

With the two Old Firm clubs drawn at home, one is destined to be on Saturday and the other on Sunday over the weekend of 1 and 2 December.

The fourth round is being played earlier than usual in order to accommodate the SPL’s mini-winter break in January. 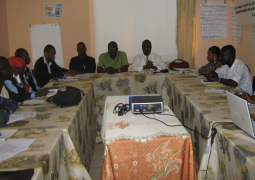