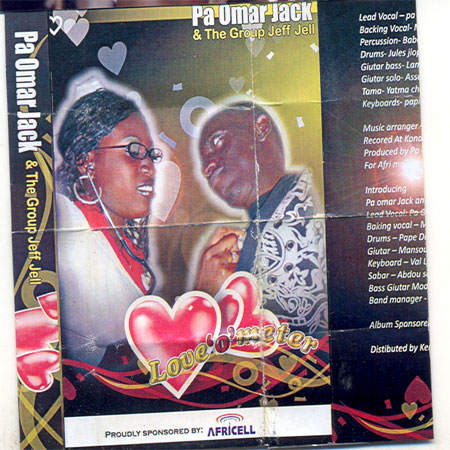 Pa Omar Jack of Fish & Chips fame is increasingly getting many steps closer to the actualisation of his dream of becoming a fully-fledged music star and probably Gambia's recipe to Yousou Ndour.

Having drawn inspiration from the Senegalese Mbalax impresario, Yousou Ndour, and his Gambian-born uncle Mass Lowe, Pa Omar got catapulted into the music arena in 1996 shortly after leaving the classroom. Now, he can proudly look back and say even if he returns to the ancestors today, he is fulfilled in a way.

The Banjul-groomed rising artist first recorded his songs in 1997 through the instrumentality of Kebba Taylor, a Gambian guitarist born to Super Eagle star. Eleven years on, Pa Omar made music lovers in The Gambia proud when he on Wednesday launched his maiden album Love Meter.

The funds for the production of the eight-track album, which will be distributed by Kerewan Sounds and Jelstar Champion Sounds, was provided under the auspices of Africell and was launched at the Kairaba Avenue Offices of the company.

Pa Omar in an interview with Entertainment thanked Africell for giving him the financial and moral support, saying his desire is to release albums on annual basis. 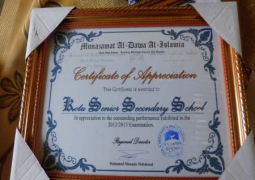