OVER THE EDGE: LEGALITIES OF LIFE, OUR CHOICES AND OUR FUTURE - A TRUE PHENOMENON

Power! This word, which is headier than an aphrodisiac and more poignant than all else is truly a phenomenon. Power, which is defined as control and influence over other people and their actions with or without resistance is an enigma, influence being the ability to control and modify the perceptions of others.

It is truly amazing the kind of impact that power can have on an individual, a nation or the world at large. It is with this medium that the entire world is run. However, power can come from various sources. For some people, it is money, used to buy, manipulate, coerce, for some it is power obtained from manning a certain position or office with authority to make influential decisions and still for others it is words, used to soothe, comfort, promote, assist, develop, educate, and sensitize. And still for others it is purely a physical concept, an issue of strength. The ability to outmaneuver, dominate or defend is what power is all about.

It has been said that the fundamental element of power is influence. In the fast moving world of today, the positive use and abuse of power is visible in a lot of places, with the latter being a cause for concern.

One avenue in which power and influence is a pre-requisite is in the political arena, where candidates vie for the support of the people for their candidacy, a preliminary. Political power is defined as a type of power held by a group in a society which allows administration of some or all of public resources, including labour, and wealth. There are many ways to obtain possession of such power. At the nation-state level, political legitimacy for political power is held by the representatives of national sovereignty. Political powers are not limited to heads of states

Research shows that it was claimed by a well known and very prominent aristocrat that “without following a principle of containing and balancing power, the world is constantly at risk. Separation of power must be in such grade, that any of the branches can operate without excessive limitations from the others; but interdependency between them must also be in such grade, that one single branch cannot rule out the other’s decisions”.

A similar concept also consists of differentiated legislative, executive, and judicial powers. However, while separation of powers prohibits one branch from interfering with another, division of power permits such interference.

When power and influence is utilized in a positive manner, such as in peace keeping missions, humanitarian efforts such as the provision of food and other life sustaining condiments to the less fortunate, a whole lot of difference is made. With influence of a certain magnitude, lives can be impacted enormously.

I have often heard people say that power can turn a friend into an unrecognizable stranger, a good man into a tyrant. Perhaps some the people who seek power don’t realize what it is that they are going after and those who have it know not just what it is that they have. To be able to change concepts, influence lives and livelihoods is a pretty heady thing.  And for others, asking them to give up power after a taste is like requesting that he give up their soul.

The Power of Words, hugely under-estimated, but most probably one of the most effective tools of influence ever! It you can get the masses or just a single individual to believe in what you say, I believe you can get them to follow. Rev. Dr. Martin Luther King Jr. roused a whole people with words of hope, of liberty, of freedom and even though he didn’t live to see it, his dream prophesied in words has come true.

Perhaps the best and most interesting and innovative description of power is one given by a poet called Edwina Matthews in one of her creations, printed below. A creation worthy of re-print.

To some power is guns

To some power is knifes

To some power is the ability to read, and write.

To some power is control

To some power is a fist

To some like Dr. Martin Luther King Jr. power was words.

To some power is like a trapped animal trying to get out of a cage.

To some power is love

To some power is art

To some power is money

To me power is knowledge

So what is power to you?

Power represents different things to different people, a gateway of expression to some and a prison from which there seems to be no visible escape route for others. Surely a lot of people would jump at the opportunity of wielding power, but trying to stay grounded with that much authority is a constant battle with one’s self.

Remember, power is not to be used as a weapon against anyone but rather as a medium through which we can aid one and other. It is the first step in guarding against the corruptibility of this sometimes dark and all consuming entity. So be empowered, with love, knowledge, hope, art and culture and with positive words to bring together and heal. Be Empowered! 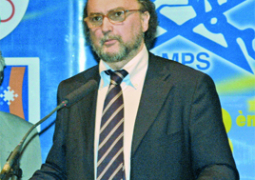