The defence team led by Senior Counsel A.A.B. Gaye in the trial involving Lawyer Ousainou Darboe and 19 others yesterday battled with the Director of Public Prosecutions (DPP) S.H. Barkun over a denovo ‘fresh’ trial application before Justice E.O. Dada at the Banjul High Court.

Darboe and 19 others were indicted on a seven-count charge of unlawful assembly, riot, incitement of violence, riotously interfering with vehicles, holding a procession without a permit, and disobeying an order to disperse from an unlawful and conspiracy, which they all denied.

When the case was called, DPP Barkun said: “My lord, the case is slated for ruling subject to your convenience. We are ready to take the ruling.”

In response, Senior Counsel Gaye said: “Before responding to the DPP’s application, may I apply for those who cannot be seated in the dock to be seated on the bench. This matter is not for ruling today. This is a criminal matter, and our submission is that it has to be started denovo (fresh). I will refer my lord to high court practice direction 2013 under the heading criminal cases section 5 (3), and we rely on the said practice.”

DPP again said: “My lord, in this jurisdiction criminal cases do not start denovo (fresh). I have been in this jurisdiction for more than 8 years prosecuting different cases, inherited or transferred to other judges in the state of hearing, and such applications have never been made or granted.”

He continued: “My lord, we refer to the practice direction counsel is referring to. The essence of that is to guide the court, and we agree to that, but does it have the force of law? My Lord, certainly, it does not have it; it is a mere guide. My lord, whenever a court is confronted with this kind of situation, what is more just is that a quick trial should be resorted to.”

The DPP further stated that: “My lord, it is even for the benefit of the accused persons that the trial shall continue where the former judge stopped, for the reason that undue delay would be caused. My lord, starting the case denovo (fresh) will not have any added advantage in the enforcement of quick justice.

“It should be noted that the accused persons are in detention, and the only thing that can guarantee their constitutional statement of presumption of innocence is when the trial is conducted. My lord, the application is intended to cause delay. The practice directions are meant for the courts, not courts for the directions, and the court should not follow the directions slavishly,” the DPP added.

Senior Counsel Gaye again said: “My lord, I hope the DPP is not urging your lordship not to follow the procedure laid down by the courts in this practice direction, which was given under the then Chief Justice of The Gambia on 10 November 2013.”

He recalled the DPP said he has been here for eight years, and there had been no denovo (fresh) cases, and “the fact that they have been doing things wrongly does not mean that this practice has no moment in this high court.

“What the DPP is saying applies to the subordinate courts,” he added. “Section 297 of the CPC is the section that allows one magistrate to succeed another. There is no such provision for the high court, and this is in the interest of the accused persons.” 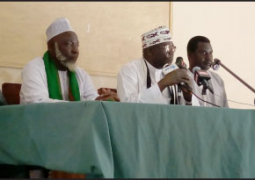 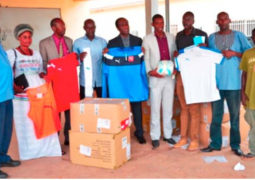