Kebba Touray, head coach of Bakau United, has said that after beating Armed Forces FC in their opening game of the league, his players thought they would just come and walk over Young Africans but the whole thing turned out to be a defeat for them.

The defeat, he noted, has served as a wake-up call to everyone of the team to go back and think of taking games seriously.

“This is football, if you do not respect your opponents you are nowhere to be found because without the opponents there is no football,” he stated.

“This defeat will serve as a learning process for both team officials and players because defeating Armed Forces does not mean we will beat any other team;” he went on, adding that he knows the qualities of both teams because all teams are equal in the first division league.

“I always tell our players that our opponents need to be respected,” he said, adding that Armed Forces suffered the same fate because they did not respect Bakau United.

“Armed Forces came we walk over them, we came Young Africans walk over us, so it is a learning process.”

He said the loss has nothing to do with their title contention because the league is still young, adding that this season they are going all out to win the title.

Jasper, as he is widely called, stated that modern football is all about midfield.

“If you want to compete in any championship the combination of the midfield must be there but this was their problem against Young Africans FC.

“We thought we are above the standards now but this defeat will serve as a learning process;” he also said.

“The loss is bad but I think it came at the right time because from here players will realise what has been going on,” said the disappointed coach.

They are expecting to bounce back against Gambia Ports Authority in their next game because Ports are beatable like any other team in the league, he remarked.

“We will prepare well and give them the maximum respect they deserve, which was lacking in the game against Young Africans,” he concluded. 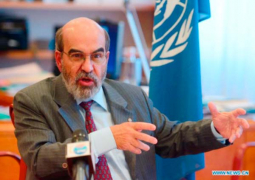