Our leaders need to do their part

The €1.8 billion by the European Union to curb migration is good, but our governments need to do their part to curtail the menace.

Many things are responsible for this dire situation we are experiencing in this new migration wave from Africa to Europe.

They range from the over 600 years of slavery and colonialism combined, during which Africa’s human and natural resources were massively exploited byEurope , to the present-day bad governance being perpetuated by the leadership and governments of Africa.

The factories and most of the well-established multi-national companies and corporations today of Europe reaped enormous resources/wealth and labour from Africa, that set the pace for Africa’s continued and massive poverty being experienced by our generation.

Even in the current dispensation of the world economy, European and other countries of the West are still exploiting Africa’s resources; hence her multiple resources are not really used in her own development. They are rather being used for the greater development of overseas interests.

Most of Africa’s resources, such as iron ore, manganese, copper, bauxite, chrome ore, asbestos, cobalt, antimony, cotton, zinc, lead and phosphates, were and are still being used to feed the industries of countries in the West such as Italy, Britain, France, Germany and the US.

This situation has really left Africa crippling and poor. Thus the people of Africa, especially the youths, are forced in many respects, to seek greener pastures.

However, this situation has been exacerbated by a past and current breed of African leaders and governments via the train of bad governance, which also includes misplaced and wrong economic policies, corruption and embezzlement of state resources, human rights violations, poor democratic values, power struggle and conflicts, as well as aggravated poverty via over-dependence on importation of essential goods and services, as they continually long for aid from other nations.

These and many more predicaments are largely responsible for the current state of Africa and African youths, and that has led to the unprecedented illegal migration of Africans to Europe, even to their own detriment and loss of lives.

Today the problem is so enormous that something like €1.8 billion from European countries cannot solve it.

Rather it takes collective responsibility from both European and African leaders and governments, to curb the undesirable trend of the current illegal migration taking place from Africa to Europe.

Our leaders also need to do their part, especially as regards good governance, true democracy, viable economic policies and trade relations that would take their countries from one level to another, thereby giving hope for a better life in Africa.

“Dependency is death to initiative, to risk-taking and opportunity. It’s time to stop the spread of government dependency and fight it like the poison it is.” 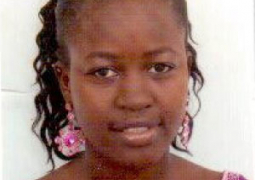 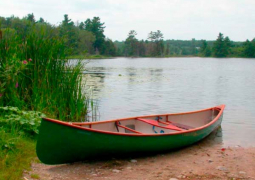