artist Original Sonofman is expected to stage a concert soon in the smiling coast of . The artist's visit to The Gambia is prior to a worldwide album launch.

According to information sent to Entertainment through Rebelz promotion, Original Sonofman first visited The Gambia in February 2005 to attend his sisters wedding. The socially responsible artist Sonofman is happiest when simply playing to and for the people. During the week-long stay, Original Sonofman would often spend his days singing and playing his Guitar in the Senegambia Craft Market. The artist's last visit to The Gambia featured his debut Radio interview which was conducted by DJ Dimba Fireman and first newspaper interview by Mbeathie for The Point. Original Sonofman, often hailed as the 's Bob Marley, has released his much anticipated Debut album just a Guitar and a song which features the Lucky Dube Tribute track "Ciceron to ".

However, his songs reflect life's tenderness, passion, compassion and revolution and is a mixture of reggae, rock and easy listening Ballads recorded with a live band in .

The album is self financed, released and distributed on his own label. This Entrepreneurial dreadlocked revolutionary's mission is to leave behind a better world than the one he inherited. His weapon? Just a guitar and a song. 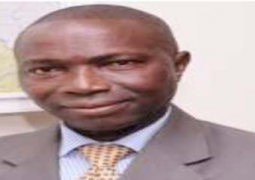 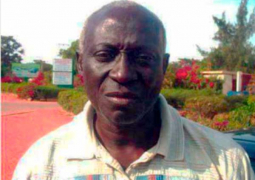