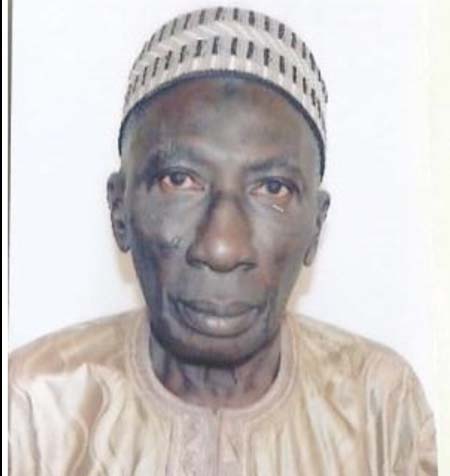 The erratic manner in which Yahya Jammeh administered and ruled this country was incompatible with the peace and tranquility that characterized the Gambia. The challenges of democratic pluralism spared no chances for survival to the wild Monster Jammeh.

The Dark Days of the merciless rule of the Dictator was commence with the order to shot 15 school children whose only crime was a demonstration to draw the attention of the Jammeh’s administration to address the issues of their concern. The numerous parents of these children who were shot and killed in broad day light vehemently protested at radio program to express their astonishment and uttered dismay of such inhuman and brutal act which was met with condemnation from all over the world.

The persistent utter disrespect and failure to recognize the freedom of expression, freedom of assemble freedom of movement and indeed the suppression of every right of the Gambian citizen as enshrined in the Gambia’s constitution, created an atmosphere of fear and distrust. The disgraceful and merciless method used in Jammeh’s pursuit to remain in power, come what may, brought about the notorious NIA to lunch a massive public intimidation campaign intended to liquidate the opposition parties amongst which the UDP under the leadership of Hon. Ousainou Darboe took the leading role to restore  democracy in the Gambia.

During the past elections, through the manipulation of results by Jammeh’s agents, the notorious, shame less, hypocrite managed to succeed in demystifying  authority to grossly misuse power  which goes without saying that power corrupts and absolute power corrupt absolutely. The news of the murder of Kora Ceeasy the first minister of finance in Jammeh’s Government shocked the whole nation. This trend was adopted to instill fear and frustration to end any attempt to expose the evil machination of the Dictator Jammeh.

Despite all the efforts made through appeals and pleas from all the democratic institutions throughout the world, to restrain the merciless ruler from denying Gambian’s their Fundamental Human Right, the ongoing threats, arrest and disappearance of innocent citizens throughout the Gambia, continued unabated.

The engagement of murder squads to wreak havoc and ultimately kill any person or any group that utters any words of opposition to the belligerent ruler became the order of the day. To this end The Gambian press because of its role to expose the nefarious hostile and disgraceful activities of the Jammeh’s regime, made the Dictator to view the press with hatred and was determined by all means necessary to silence the practitioners of the Fourth Estate   - The Press. Since the Press was Jammeh’s most feared enemy the merciless sadist was forced to leave no stone unturned in the venture to massacre any Journalist who dared to criticize the monster.

As the Commander in Chief of the Armed forces, the Dictator used every available means to rule with impunity. The manipulation of the system of employment in the Gambia became so tribalised that most employees became discourage to the extent   that going abroad by any means offered greater chances of survival than the tribalised management subjected to the remote control of Dictator Jammeh. The disappearance of Journalist, arrest, and detention of several Editors of Newspapers was epitomized by passing of the prison sentence of two years on the Editors.  This sorrowful and repressive event increased the political consciousness of Gambians who began to realize that the infringement and denial of Human Right was becoming a serious cause for concern.

As a result, the political Parties that emerged to oppose the Jammeh’s party APRC, with the courage of conviction, tenacity of purpose and the will that knows no defeat, the opposition parties’ activities began to gain momentum in their struggle to expose the evils of Dictator Jammeh’s Modus Operandi.  In Jammeh’s Kingdom where the despot was refer as (Babili Mansa’, tribalism which was by now entrenched in the system began to show the ugly signs of segregation not only at the public places but also the civil service and Parastatals. Whiles the Dictator was on the contrary going around the country preaching unity and equality, his secret Agenda later to become public knowledge dismissed his false claims rooted in deep hatred for any opposition to the Dictator’s Draconian Laws.

The brutal murder of Mr. Dayda Hydara, (May his blessed soul rest in perfect peace) the Editor and the Co-Proprietor of The Point Newspaper by the murderous squads of Dictator Jammeh was indeed the most sorrowful incident to be recorded in the history of the Gambian press. This act of brutality was condemned by the entire world. This sad event was to be to be followed by the murder of Omar Barrow a reporter and translator of the focus on Africa Radio program.

To this day the point Newspaper appears with the photo of the late Editor with the Question WHO KILL DAYDA HYDARA? Indeed the revelation of plots to silence the Gambian Journalist necessitated putting the full weight of murderer Jammeh on the Trigger to liquidate any Journalist, shamelessly using this horrible incident to intimidate Journalist and the entire Gambian Community.  The late Editor of the Point news Paper was the first openly known target. The Question how many more died without public knowledge will ever remain unanswered.

The Independent Newspaper Printing Machines were set on fire and the journalist threaten either to discontinue publication of this newspaper or will suffer death in the most painful and brutal manner. These most unwelcome visits of the NIA murder squads became a frequent exercise leading to closure of Radio Stations the arrest of Radio Managers and the continued harassment of press employees.

In view of the urgent need for change which could only be achieved through the Ballot Box, the political consciousness of Gambians began to found expression at the political meeting of the opposition parties. The Intimidation, Arrest, Detention and torture of opposition members could not achieve its desired aim because of the dynamism and determination of opposition voters who were absolutely disgusted with the Dictators regime. The murder of opposition party members could not in any way achieved the desire aim of Jammeh whose antagonistic attacks  in each and every sector of the Gambian community led the Dictator to foolishly expect to gain the votes to win the Presidential Election.

The events of terror that followed reached their climax when the opposition leader Hon. Ousainou Darboe and some of the UPD supporters were arrested and detained indefinitely. This was to be the last nail to be on the coffin of the disgraceful    and dishonorable Dictator. The adamant violation of human right of the Gambia notwithstanding the total disrespect and failure to recognize the Rules and Regulation binding country members of International Democratic Organizations became the beginning of International disrepute which Dictator Jammeh unwittingly earned himself. The eccentric and arrogant Dictator withdrew the Gambian’s membership from these organizations. The unilateral decision to withdraw the Gambia’s membership from these organizations brought about international condemnation of ignorant Yahya who with impunity had no respect or regards for the Gambia’s constitution and rules and regulations that governed membership to these organizations.

However, fortunately for the Gambians, the Rules and Regulations that were designed to protect the constitutional rights of voters remained to be intact. As a result the maturity of Gambian voters and indeed their political consciousness that engendered greater awareness of the dangers and evils of the Bigot charlatan Hypocrite  Yahya Jammeh began to yield the desired effect to bring about the changes necessary for the future democratic Gambia. This however depended on the Gambia’s voters’ wisdom to register their utter rejection of Yahya Jammeh and his cohorts. Fortunately such wisdom was amply manifested in the last presidential Election that Dictator Jammeh will ever contest in the Gambia.

The united efforts of the opposition parties to jointly contest under a coalition of  parties with the exception of MAMA KANDEH under the leadership of his Excellency President ADAMA BARROW was the first sign of wisdom to bring about the down fall of Dictator Jammeh. The result of the presidential Election that were contested in a free and fair atmosphere as acknowledge by the Dictator Yahya Jammeh who later began to appear in his true nature as a Pathological  liar when the victory of the opposition became the reality to end the Dictator regime of terror. The result of the presidential election could indeed be attributed to Dictator Jammeh Adamant refusal and the complete failure to meet the challenges of democratic pluralism ensuring the respect and recognition of the fundamental Human Right of Gambians.

To this end, I wish to take this opportunity to profoundly express the Gambia’s acknowledgement of the debt of gratitude to the governments of the Countries constituting the ECOMOG Arm forces without whose military intervention to remove the shameless dictator from state house, the serious efforts of Gambian Voters to restore democracy in the Gambia through the ballot box would have gone in vain allowing the enemy of democracy to subject the Gambian to perpetual servitude. The lessons from the events of the 22 years of terror, suffice it to say serve as a guide line to the adherence to democratic principle that govern the administration of the affairs of state on which depends on the socio economic development of the Gambia.

I will not end this article without categorically stating the advocacy for good neighborliness which is sine-qua-non in the Gambia’s pursuit to maintain a healthy relationship with our neighbors particularly the Republic of Senegal.  The deteriorating diplomatic relations between the Gambia and Senegal which culminated into the expulsion of the Senegalese Ambassador to the Gambia should be viewed with the urgency to restored cordial and respectful relations that existed between the two countries. The geographical location of the Gambia within Senegal with the sea being the only outlet for the Gambia, except for the borders with Senegal, compels both countries to recognize the ardent desire to harmonize their relations that will amicably service the mutual interest of both countries in all respects.

The supportive role of Senegal together with the ECOMOG forces in the Gambia lends credence to the saying that a good neighbour is better than a bad brother. It’s therefore imperative that according to the His Excellency President Adama Barrow, the initiative to restore the Gambia’s meaningful and sincere relation with Senegal will commence with His Excellency’s first visit to Senegal.

As upcoming events cast there shadows, the preparation to celebrate the 52nd independence celebration are well on the way to accommodate the numerous invitees, visitors, and friends all over the world. The hopes of a grand style celebration will be justified because we are not only celebrating the end of British colonialism but also the end of the merciless repressive dictator whose 22 years reign of terror will ever remain in the annals of Gambia’s history to be remembered as the Dark days of the Jammeh regime.

The events before the presidential election and after which were televised all over the world will certainly arouse the interest of a diverse category of visitors to the Gambia. Since the Gambia never experienced such worldwide publicity, this opportunity must be seize to make the maximum use of the world wide publicity particularly for the promotion Gambia’s tourist industry. The optimism being express in every Conner of the country gives a beacon of hope that the future in which the restorations of democracy in the Gambia will be fully address will yield the needed socio economic development that we look forward to achieving without sacrificing the fundamental Human Rights of the Gambians guaranteed by the Constitution of the Gambia.

The author is the retired Editor in Chief of The Gambian newspaper a weekly circulation from 1974 to 1994.