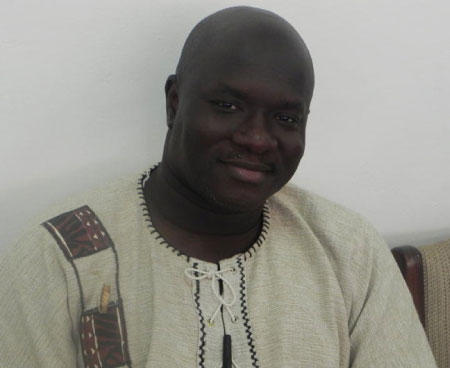 It is on such internationally designated days like today, International Women’s Day when you get to see and hear international organizations such as the UN or AU, governments, presidents and political parties and indeed many of us as individuals compete in celebrating the woman. On this day everyone is celebrating the girl and the woman with very high sounding words, posters, sounds and videos. We trumpet the dignity of the woman and pledge our commitment to the equality of men and woman. We set high targets for women’s empowerment, equality and development as we lament their deplorable socioeconomic conditions. As individuals we even showcase our mothers, wives, daughters, sisters and friends to renew our love and recognize their trials and tribulations with so much passion.

But this is where my problem is with my society.

Are we truly serious about the freedom and equal rights of women to be equal members of society and in our lives? The very reason that we have an International Women’s Day or such international instruments as CEDAW or local laws such as the Women’s Act is a clear testimony that there is indeed injustice meted out to women. This injustice is founded in our cultures, traditions, customs, religions, laws and institutions. Hence these injustices are structural which perpetuate inequality, imbalance, discrimination, poverty, voicelessness, powerlessness, prejudice and violence against women in almost every home and society in the world.

But are we really serious that we definitely believe in the freedom and equality of women? For example, how many of us will give their female housemaid a holiday on International Women’s Day if it fell on a Monday? Do we tell our housemaids to stay home because it is Independence Day or Christmas or New Year or we pay them for overtime as we ourselves enjoy in our job places? How may of us will give our pregnant housemaid a six months’ maternity leave as required by the Women’s Act? How many of us will pay social security for our housemaid? How many us will respect the rights and dignity of our female housemaid at home to ensure that she receives a salary that commensurate her work? Do we respect them? If you don’t do these as such basic and personal level, then what is the meaning and use of women’s rights?

Human rights including equality is meaningless so long as at the individual level one refuses to recognize or respect the right of the other person? If you are a man and still hold that your wife should not know your salary or your wife should not be consulted so that together you make decisions at home, then do not celebrate this day? If you are a man who thinks women are weak and should stay behind, keep silent and must be controlled by you then why are you celebrating International Women’s Day? If you beat your wife or shout on her because you think you have power over her then today is not for you. If you cheat your girlfriend or your wife yet you will not accept her to cheat on you then what kind of man are you? If you hide behind culture and religion to abuse women sexually then do not celebrate today! Please don’t!

It is 55 years since Independence yet only 3 women get elected into the National Assembly! Is this what our Government and political parties and indeed our citizens take to be the meaning of gender equality? A country where more than 50% are women yet only three women are elected to sit at the highest decision making body? While the Government likes to brag of having female vice presidents, Speakers and few women ministers the majority of Gambian women remain illiterate, poor, socially and economically disempowered and marginalized. Are we truly serious about the right and dignity of girls and women in this country? How many policies and laws have the Government created for women yet how far do they enforce those laws and polices? Very limited, if ever!

With all the Gambia Government’s high sounding slogans and lofty targets for women how come maternal mortality remains high in this country? Why does the Government and the National Assembly continue to refuse to put adequate budget allocations to sectors, services and facilities that serve women and girls? Why has the Gambia Government refused to enact the Disability Bill so as to protect the rights of girls and women who are differently abled? Is this not enough hypocrisy that we do not practice what we preach?

Therefore, on a day like this I see and only hear hypocrisy spewed all over the place – by the Government, political parties, NGOs, business and indeed citizens. We pride ourselves in sharing romantic and compassionate pictures and videos about women as if we truly believe in the inherent rights and equality of women.  But do we truly accept the inherent rights and dignity of women and especially in their equal participation and representation in this country? If we do surely we should have dismantled all those feudalistic, chauvinistic and harmful beliefs that perpetuate inequality, exploitation and oppression of women.

If we truly believe in the equality of men and women as sovereign citizens of this country and recognize the structural imbalance against women then we must stop the hypocrisy and restructure this unjust structure ASAP. We should have done that since Independence or at least since 1980 when the Women’s Bureau was set up or in 2010 when the Women’s Act was created. Why didn’t we do so if we truly believed in women’s rights and empowerment?

Tokenism and hypocrisy will not bring about a just and equal society in our lifetime. It is only radical, honest and pragmatic measures that will ensure justice and equality. When we hide behind false narratives that women lack capacity it is not only dishonest and ignorant but also immoral since we have had uncountable incompetent, corrupt and clueless men leading this country since Independence. Since women equally belong and own this country is it any harm if we reverse the arrangement by putting up more women than men in public trust?

Meantime let me enjoy the hypocrisy of the Day!

For Our Girls and Women! 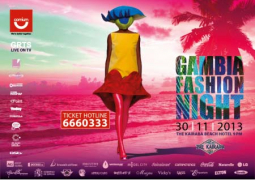