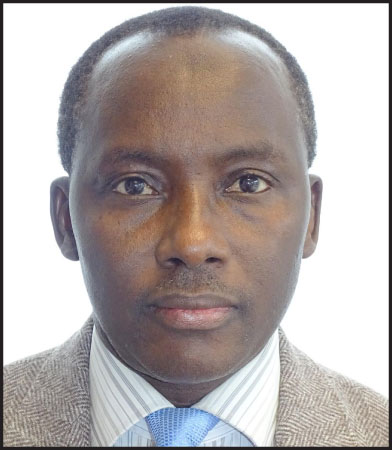 The recently published ‘Proposed Draft Constitution of the Republic of the Gambia’ is, by all account, an excellent and admirable piece of work which must be commended.

It is indicative of the depth of wisdom of the Honourable Commissioners of the Constitutional Review Commission. The document, although not perfect, has a great potential of creating a better Gambia which will be founded on the rule of law, freedom, justice and accountability. And the whole exercise of drafting the document is truly unprecedented in the sense that it encourages popular participation through debate.

This article is aimed at taking that debate further by highlighting a fundamental issue of access to justice, through legal aid, which doesn’t appear adequately provided for.

It further attempts to explain why without access to justice being sufficiently guaranteed in the document, entitlement to fair trial and due process will be meaningless and unrealisable, which in turn will spell miscarriage of justice and undermine the rule of law upon which democracy is predicated.

Currently, access to justice, especially in criminal cases, is guaranteed in the 1997 Constitution and the Children’s Act 2005. Section 24 provides that if a person is charged with an offence which “carries a punishment of death or imprisonment for life, that person shall be entitled to legal aid at the expense of the state.”

Similarly, the Children’s Act 2005 grants all children in the Gambia the right to legal aid and representation, at the state’s expense, in cases they are involved regardless of whether civil or criminal. The Children’s Act makes it possible to enforce the Gambia’s treaty obligation under the UN Convention on the Right of the Child 1989.

Both the Children’s Act and Section 24 of the 1997 Constitution leave no room for doubt as to entitlement to access to justice and legal aid. They are also unequivocal as to who should meet the cost and when. The aim is plain – to secure protection of the law and fundamental right to due process and fair trial through legal aid. From available information, there appears to be no evidence of any insurmountable obstacle to the application and/or realisation of this purpose since the 1997 Constitution and Children’s Act respectively came into force.

Indeed the establishment of the National Agency for Legal Aid can be seen as an implementing measure of section 24 of the 1997 Constitution and the Gambia’s international obligations under various treaties and conventions on fair trial and access to justice. Although not independent, operationally and financially as should be the case, it appears to be genuinely addressing the unmet need of legal assistance for the vast majority of indigent accused persons (adult and children alike) up-and-down the country. But the Draft Constitution appears to make a significant departure from the existing state of affairs insofar as access to justice and legal aid are concerned.

The position in the Draft Constitution

Although the Draft Constitution offers unencumbered right to legal representation in certain circumstances, the cost of this will, it is apparent, still have to be met by litigants themselves, some of whom may be extremely vulnerable. This is an untenable position as it will mean that criminal suspects and/or accused persons, and some other vulnerable persons such as children and women, will be left to meet the cost of accessing justice themselves or go unrepresented.

Access to Justice Constitutional Matter and should be so addressed

Some may argued, unrealistically, that access to justice is catered for in the Legal Aid Act 2008 and the Criminal Procedure Code; so there is no need to constitutionalise it.

But this will be missing the point altogether and impracticable. Access to justice, through legal aid, especially in capital offence cases and cases involving children’s best interests, is a constitutional matter and an international obligation. It must therefore be seen and adequately addressed as such. It is indisputable that an entitlement guaranteed under the constitution cannot be in the same class as those provided for in an ordinary legislation which is susceptible to amendments according to the prevailing political dispensation. Access to justice must thus be explicitly stated in the Constitution to avoid ambiguity and unnecessary future litigation with high costs, delay and uncertainty. Drafting seminal documents, such as a constitution, is not routinely done. It is once-in-a-lifetime exercise. So it should be thorough and comprehensive enough first time round.

The case for enshrining access to justice in the new constitution becomes even more compelling when set against what a criminal suspect has to face in light of the state’s mighty power and resources. He is always at a disadvantage. The state, in addition to its powers of arrest and detention, also has a well-trained investigators, in the form of the police force, who investigate crime and gather evidence and a dedicated constitutional institution, the office of the Director of Public Prosecution, to consider the evidence and prosecute. These are adequately funded by the public funds. In contrast, the accused, from the moment of becoming a suspect up to trial and possible conviction, has nothing to safeguard his interest. Lest we forget, the Gambia’s recent history shows, left unchecked, some rogue elements of the state have tendency to use shortcuts, during investigation, to obtain confessions and admissions under severe torture, oppression or threat of the same. But such inadmissible evidence is routinely used in the proceedings unless challenged.

If lucky, the first time a criminal suspect, be it a child or an adult or a person with mental health problems, sees a lawyer may be a moment before he is asked to respond to a charge in court; an environment which is strange, intimidating and where communication is done (written and/or oral) in a foreign language – English. This often happens without a prior legal consultation. The accused person’s plight becomes even more precarious by virtue of the fact that the investigation and interrogation are done when he has been deprived of his liberty and is extremely vulnerable. They are done and recorded in English; the resultant evidence is introduced in court in English and  the Court’s language is English. Even the presiding judge may not be a native speaker and may be alien to our mores, traditions and customs. But even where an accused person is educated, his level of sophistication may be too low to comprehend what really obtains during the proceedings. Further still, and more worryingly is that our legal and procedure texts are not easily accessible, even for lawyers.

Clearly, in this context, without access to a skilled lawyer, without the guiding hand of a competent and agile advocate, the adversarial system will break down and miscarriage of justice will almost certain to occasion. It means that an innocent person could be wrongly convicted; and a guilty person is left to roam our streets only to strike again. So, the only remedy against this sorry state of affairs, is to have effective access to justice through legal aid and/or assistance from an early stage of the process. This certainly deserves constitutionalisation which will guarantee equality of arms! The concept of equality of arms means that the suspect must be granted autonomy, confidentiality, the power to challenge the state’s case, and adequate resources that are at least equal to those provided to the state agents.

Such constitutionalisation of access to justice and legal aid is now an established trend in many progressive developing democracies; some of which have similar legal systems to that of the Gambia and are comparatively at par with the Gambia in terms of economic development. They include Nigeria, Ghana, South Africa, and Sierra Leone all of which have constitutions that guarantee access to justice and legal aid.

So the question of budgetary implication does not (and should not) even arise; and cannot be legitimately raised. For any budgetary consideration will be justly outweighed by public and justice interest considerations in favour of fair trial entitlement.

In any event, there is now strong empirical evidence showing that strengthening policies on access to justice, through legal aid, and prevention of miscarriage of justice has positive impact on economic development. This has recently been confirmed in a joint-report by the International Bar Association and the World Bank. The report surveyed over 50 cost benefit studies on legal aid programmes worldwide, across both civil and common law jurisdictions, including the USA, Bangladesh, and South Africa.

It concludes that “improving legal aid services is as important for economic growth as providing functioning hospitals, schools and roads.” It further notes that “[t]he cost of problems left unresolved by a lack of legal aid do not disappear - they simply shift to other areas of government spending such as healthcare, housing, child protection and imprisonment.”

Therefore, constitutionalisation of access to justice through legal aid and/or assistance will be in line with international standards, the doctrine of the rule of law and the Gambia’s various international obligations on rights to fair trial. Without such guarantee in the new constitution, right to due process and fair trial will be meaningless and unrealisable. Additionally the rule of law itself will be undermined. Consequently, serious miscarriage of justice, often accompanied by irreversible damage to those affected, will be routinely inevitable.

In a nutshell, it is universally accepted that there can be no legal right without a remedy and, additionally, that the remedy must be accessible if it is to be meaningful. Access to justice is not just representation at court. It will only be meaningful and effective if it begins well before a case comes to court. In fact there is incontrovertible evidence suggesting effective access to justice often prevent unnecessary court proceedings, both in civil and criminal context. In criminal cases, access to justice must begin before  or immediately after an arrest is effected and continues throughout the process. In this context, it is reasonable to recommend that effective access to justice must be constitutionalised. That will be in line with the adoption of the Draft Constitution “[I]n … spirit and in the name of God the Almighty”, for God the Almighty orders that: “[I]f you do judge, judge between them justly. God the Almighty loves [justice].”

The author is a legal practitioner and works for National Agency for Legal Aid. This article is a truncated version of NALA’s submission to the CRC.