I will understand with you in your stance to shy away from domestic politics during OGA’s reign of terror for obvious reasons but applaud the stance of the defunct CITIZEN FM and its managing director, late Baboucarr Gaye.

He painted his name and that of the radio station in the history books of this country for “Revolutionized” broadcast journalism in this country.

Thanks to him we now have virtually all radio stations in this country reading the news in the local text to the extent that others are now making a name out of it.

The Independent Newspaper in the height of terror and intimidation stood their ground and publish the way they and a majority of Gambians then saw the country and a very high risk. They stood against all forms of threats and even threats to their lives.

Deyda Hydara stood up against tyranny using his only tool, the pen to “get the hell out of the satanic elements and brought them to their knees with his “GOOD MORNING, MR PRESIDENT”.

As cowardly as they were, they could not contain the power of his pen and decided to “steal his life” leaving his pen behind. Today GOOD MORNING, MR PRESIDENT is here with us. What can they do with it?

They probably paid a price at the end of the day as both the newspaper and Radio was closed and DEYDA was martyred.  I am not compelling any one to go to the same length as they did for some reasons; however post-Jammeh still remains the same with the exception of few.

If you follow global events, you will not fail to realize that during the Jammeh disobedience (I refused to call it impasse), foreign radio stations and newspapers were broadcasting more about Gambia than the Gambians themselves.

The reasons were clear as most of you were uncertain as to whether the dragon will leave or not and the fear of reprisals. Your work was only limited to events known to every one or the courts and foreign countries.

I remembered one foreign reporter said our radios were limited to only music only.

Now that the “BIG MAN” is gone and I presumed that there is no threat from the new “BIG MEN”, what is preventing you from attracting divergent opinions?

Please don’t tell me that we do phone in programs as you know the participation rate and its overall effectiveness. Do not also tell us that we invite the politicians or the police or army?

Include others as the man in the street to sit with this invitee and debate with him issues and peoples can be the best judge.

Debates where you will invite the farmer from Baja Kunda, the welder from Bundung, the Judge from the justice ministry, the journalist from the print and electronic media or the student from Kolior Primary School to discuss how they see their New Gambia.

What in their view should change or not? These are the people that we turned backed to when we want BABILI out of NO 1 Marina Parade.

We are fond of other media in other parts of the world to addiction level and hardly you enter any house in The Gambia (including the Gambian journalist house) where you will not find them watching a foreign station, event or program. They may be even discussing events about The Gambia.

I will urge that we include more current event in your program and please bring as much divergent views as possible.

Do not equally “decide” who is qualified to attend or not. The Gambia has many topics to discuss and we will rely on you to create the BANTABA.

You have an important role to stop the culture of silence in the country. 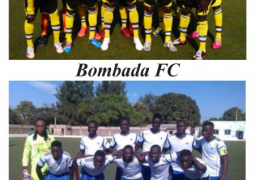 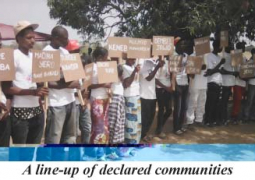