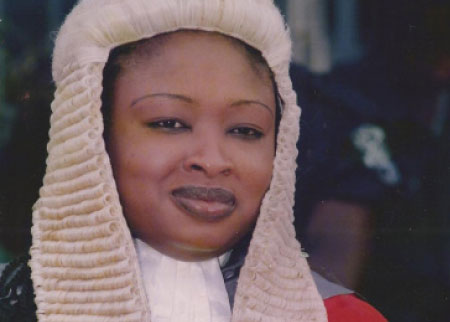 Justice Naceesay Sallah-Wadda, a judge of the Gambia Court of Appeal, has been elected as a member of the African Union Commission on International Law (AUCIL), the Attorney General’s Chambers and Ministry of Justice announced yesterday.

A press release issued by the AG’s Chambers and Minister of Justice said this ‘national achievement occurred during the recently held 20th Ordinary Session of the Assembly of Heads of States of the African Union held in Addis Ababa, Ethiopia.’

Justice Sallah-Wadda, according to the release, has an exceptional breath of expertise in international law, along with nearly two decades of prior experience working at the Ministry of Justice before joining the bench.

‘The Ministry therefore wishes to express its sincere gratitude and appreciation to His Excellency the President Sheikh Professor Dr. Alhaji Yahya A.J.J. Jammeh for approving and supporting her nomination,’ the release added.