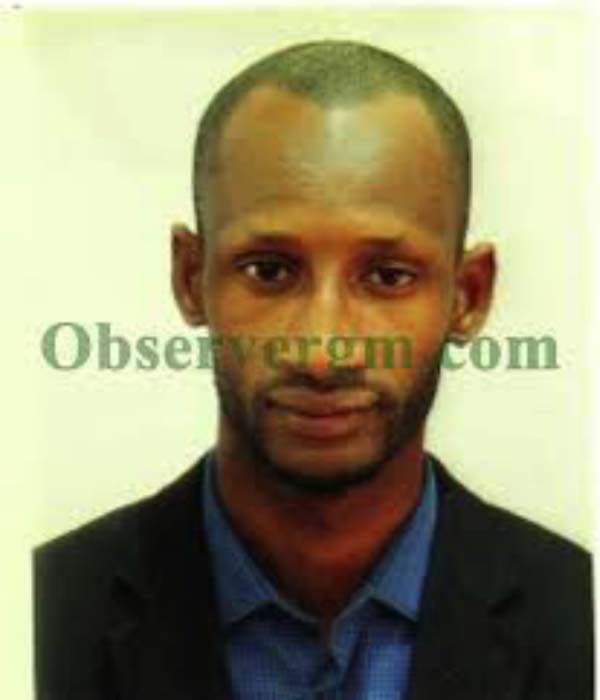 My stomach grumbled when I read Ibrahim Jallow’s opinion article captioned: “The State of Affairs: Is the Government of Adama Barrow incompetent or confused?”, published by now-closed Daily Observer newspaper on its issue of Tuesday 13th June 2017.

Not only did the article provide good enough ground for MrJallow to be forever shunned by the Queen for deliberate battery of English, it exposed – in a very serious way – the lawyer’s (if he is one at all) ignorance of the change agenda that is President Barrow’s government. I will tell you how.

First off, MrJallow in his very poor write-up referred to the Ecowas soldiers in The Gambia as peacekeeping forces wondering thus, “Is it legal for the ECOWAS supposedly peacekeeping forces to shoot at unarmed civilian and injured many others without trial in a democratic governance? [sic]” And he went on, “Is anyone seeing the disregard being shown to the victims of these heinous crimes, who are citizens of The Gambia by their own government?[sic].” He was apparently referring to the Kanilai incident.

The lawyer that is Ibrahim Jallow, it is rather unfortunate that he egregiously chose to misrepresent Ecowas’ mandate in The Gambia. It should have been MrJallow’s knowledgethat the Economic Community of West African States’ Mission in The Gambia called ECOMIG was green-lighted to do one simple stuff: to depose a forever reviledcrackpot and help in the security transition of The Gambia. The Gambia has never been at war with herself.And so theirs is not a peacekeeping mission. They’re only tasked to get rid of YahyaJammeh and help restore sanity.

MrJallowalso accused the government of indifference toward the people of Kanilai.This is not true. Official quarter wordsconfirm President Barrow’s government advocates fora fair and egalitarian accommodation of all Gambians - in consonance with the One Gambia, One People mantra.   Further,MrJallowaudaciously called for redeployment of the Interior Minister Mai Ahmad Fatty stating,“it becomes tragic and bizarre when an instrument of force (like the police) falls into the wrong hands of a Minister who now go on making uncouth statements to disparage a section of the citizens who were exercising their constitutional rights to peaceful demonstration.”

Adding thus, “Another worrying issue is the statement in the Daily Observer: “YOU WILL EITHER OBEY THE LAW OR BE CONSUMED BY THE LAW” associated to the Minister of Interior, Mr. Mai Fatty. Apart from the fact that, the statement is not correct in law, it is also not true in theory. It is repugnant to law, for after all, law is just a servant of human welfare. It should never be its master or killing instrument.”

Mr Jallow has grossly misconstrued the words of the Minister. The speech that the Minister gave was never meant to disparage any section of Gambian society, and the statement, ‘You either obey the law or be consumed by the law’ doesn’t translate into killing any Gambian. What the Minister meant to say is that those who break the law will face its wrath. It is an exhortation that was generally directed. Not just the people of Foni. MrJallow should have known better that Minister Fatty is a gentleman to the core who is so passionate about faithfully serving the agenda of President Adama Barrow and the people of the Gambia.He portends no threat to the people of Foni. In fact he is their servant. So the lawyer’s statements against the Minister are unfair, and smack of a man in desperate need of attention.

What’s now worrying is to think there are so many like MrJallow, thankfully not in the majority though, who think the way they do about President Barrow and his team. Or I should say, don’t think. It’s all blinkered at best or totally blind unfounded prejudice. It is very worrying for the future if these folks aren’t reached and disavowed of their irrational misguided misconceptions.

But I’m sure Mr Jallow and his kind will agree with me that The Gambia would make faster progress towards achieving the desired peaceful, united, strong, progressive and prosperous country if the citizens rise above all divisive, parochial, and ethnic sentiments.

The change would happen more rapidly if we all have faith in the future greatness of our country andplace the love of our country above selfish personal and group interests.