The African Union Commission Chairperson Dr Jean Ping today said the popular uprisings in should be seen as an opportunity for AU member states to renew their commitment to the AU agenda for democracy and governance and to implement socio economic reforms that are demanded by their people.

Furthermore, the Commission underscored the importance of achieving peace, saying there could be no development otherwise.

Speaking at the official opening ceremony of the 17th Ordinary Session of the Assembly of the African Union in , Dr Ping delivered an impassioned and powerful speech in which he exhorted Africa to speak with one voice in resolving conflicts such as the one in . He stressed that it is the Libyans themselves who should take ownership of the democratic change. The Chairperson commended the efforts of the AU ad hoc committee seeking to find a solution to the Libyan situation. He underscored the role of the Commission in the peace process in , saying the ’s adhoc committee had drawn up a roadmap before the passing of UN resolution 1973.

The Chairperson observed that and had made remarkable progress over the past few months. The two countries, he said, witnessed a new climate of pluralistic debate and freedom, which allows the citizens to be aware and also allows for the consolidation of a democratic culture. He reported that he visited the two countries to assure them of the support of the AU. In addition, the Peace and Security Council of the AU remains seized with the issue. He thanked and for hosting the thousands of refugees who are fleeing .

Mr Ping, who was delivering a review of the situation in Africa from January to December this year, mainly focused on peace and security because the period under review was a difficult one.

He welcomed the impending birth of the new African state of South Sudan, the 54th member of the African Union on 9 July- this coming after the January referendum that confirmed the desire of for independence. To applause from the delegates, the Chairperson introduced Mr Salva Kirr Mayardit of , who was attending the meeting as an observer, but is to become the President of the new state.

In , Dr Ping applauded the “sense of sacrifice and commitment” of the troops of the AU Mission in Somalia (AMISOM).

He also applauded the end of the crisis in and welcomed its President to the African Union. He also commended the President for the truth and reconciliation process and said the African Union was one of the first institutions to recognise Mr Outarra’s victory.

Mr Ping commended the normalisation of relations between and , and noted the return of peace to the , , , and Guinea Bissau.

He however lamented the continuing stalemate in Western Sahara and the lack of progress in the normalisation of relations between and and the difficulties with and . “The situations require the attention of the African Union”, he said.

The Chairperson’s delivery also gave great importance and recognition to the role played by the African Union and African leaders in the resolution of conflicts. Of note he highlighted the following:

The conclusion of the agreement on security arrangements in , with the facilitation of the AU High Implementation Panel led by former president Thabo Mbeki, and which includes former presidents Abdulsalami Abubakar and Pierre Buyoya.

The contribution of the Chairperson of the Inter Governmental Authority on Development Mr Meles Zenawi  and his peers in IGAD, in promoting a programme of peace, stability, democracy in Somalia

Deepening of Democracy in

Dr Ping also noted progress on the continent in terms of the elections that have been held in some member states in the past six months, in spite of difficulties and short comings in some instances. These elections, he said, bear witness to a “deepening pluralistic democracy” on the continent. In this respect, he acknowledged Presidents Elhadj Mahamadou Issoufou of Niger, Alassane Outarra of Cote D’Ivoire; Yayi Boni of Benin, Goodluck Jonathan Ebele of Nigeria, Ismail Omar Guelleh of Djibouti, Yoweri Museveni Yussef of Uganda, James Alix Michel of the Seychelles, and Idriss Deby of Chad.

On economic integration, Mr. Ping applauded the joint action undertaken by the Community of Eastern and Southern Africa (COMESA), Southern African Development Community (SADC) and the East African Community (ECA) to create “the biggest free trade area on the continent”.

He referred to the as a flagship project. Its formation was approved last May and the first three faculties should be launched in September, the Chairperson said. He also said the Campaign for the Reduction of Maternal Mortality (CARMMA) is picking up, with 29 AU member states having launched the campaign in their countries. With regard to agriculture and the environment, the Chairperson pointed to the progress made in the implementation of the Comprehensive Africa Agriculture Development Programme (CAADP), to help ensure food security. 25 member states have signed the CAADP compact. In terms of infrastructure development, Dr Ping said the Commission will continue to give full attention to the Programme for Infrastructure Development in Africa (PIDA) programme.

With reference to the financial situation of the Commission, Mr. Ping said the Commission continues to ponder over the issue. The AU, he said, needs to be strong and to be provided with the resources it needs to ensure stability and development.

Theme of the summit

Addressing the theme of the summit “accelerating youth empowerment for development”, Mr. Ping said the theme was timely at this crucial moment given their role in the Arab spring. He said the youth should be capacitated so that they can contribute meaningfully to the development of the continent.

Youth are an asset: guest speakers

Ms Migiro dwelt on the UN role in support of the AU’s efforts in peace and security, democracy and empowerment of African youth. 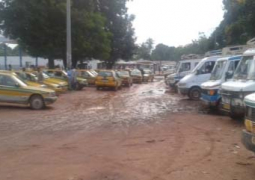 Can Ghana afford not to sign the EPA when ECOWAS signs?