As the deadly Ebola virus continues to strike West Africa, experts are calling for more research to help deal with future outbreaks and limit the chance of a pandemic.

Identifying where the virus responsible for the latest cases came from will be crucial for prevention efforts, but effective drugs and vaccines remain some way away, experts say.

“The spread of Ebola in a crowded modern mega-city, where the number of cases could balloon beyond our capacity to quarantine sufferers and test contacts, certainly represents a concern,” says Derek Gatherer, a researcher at Lancaster University in the United Kingdom.

“The worst-case scenario would be uncontained Ebola within a large city and people flying out of the city to other parts of the world,” says Gatherer, whose article, published in the Journal of General Virology last month (2 May), discusses a potential crisis scenario.

To avoid such a potential catastrophe, research efforts must continue, he says, highlighting work on anti-Ebola drugs and a vaccine.

A paper in the Proceedings of the National Academy of Sciences (PNAS) last week (27 May), for example, reported that a vaccine against the Ebola virus is both safe and capable of producing a robust immune response in chimpanzees.

But these new products must still go through full clinical trials, with no guarantee of success.

“I expect it will be a while before we see Ebola outbreaks being treated with drugs, or people in risk areas being vaccinated, but it is definitely on the horizon,” says Gatherer. “Until then, we just have to do what was done in Guinea: swamp the area with medical staff and use quarantine and tracing of contacts to suffocate transmission as quickly as possible.”

According to the WHO, a cumulative total of 291 suspect and confirmed cases of Ebola haemorrhagic fever have occurred in Guinea since the start of the outbreak, including 193 deaths. Some 50 cases have also been reported in Sierra Leone and one suspected case in Liberia.

A study published in PLOS Currents: Outbreaks last month (2 May) says the most likely culprit for the Guinea outbreaks is an Ebola virus lineage that has previously struck in Congo, the Democratic Republic of Congo, and Gabon.

“We do not think that this particular lineage was present in West Africa about a decade ago,” says Gytis Dudas, an evolutionary biologist at the University of Edinburgh in the United Kingdom, and the lead author of the study.

The important question facing scientists is how this virus reached West Africa in the first place, because that will determine whether the region should prepare for another outbreak in the future or whether Ebola haemorrhagic fever will remain mostly a Central African problem, he tells SciDev.Net.

But understanding of the Ebola virus reservoir remains poor, Dudas says. This is because sequencing the extremely infectious virus is probably as dangerous as dealing with an outbreak itself, he says. 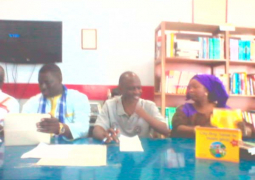