Transport infrastructure is one of the most important factors for a country’s progress. It is no gainsaying that the availability of good road network system is essential, as it facilitates the smooth flow of people, goods and services. In nutshell good road infrastructure has become an essential part of daily life.

There is no doubt that the country is witnessing rapid surge in the number of commuters, which seems to outnumber the available cars plying on our road daily.

What is more frustrating is during the peak of rush or closing hours, when most commuters would face with the worst nightmares in their lives.

In The Gambia, cars became a major mode of transportation in the country. But the issue of good road network is becoming a concern, especially with increase number of people buying cars for private and commercial use, thus increasing traffic congestion.

The current problem we are facing in the country’s road network started many years ago. From the onset, those who were involved in the initial designing road infrastructures should have put in place long term measures, especially if there is need for future expansion.

The country is developing as we need a road connectivity that will meet international standards for the safety of passengers and even socio-economic growth.

The deplorable road condition in The Gambia with potholes in some streets shows that there is increased need for maintenance or rehabilitation of the aging road system especially during the rainy season where mobility becomes a night mere for many road users.

Commuters battle high traffic conjunctions along the Banjul-Westfield-and Brikama-highway, as well as the traffic light-Senegambia highway causing huge traffic congestion for people and vehicle users especially during and after working hours where commuters spend hours before reaching their destinations.

The two lane Brikama highway and Kombo coastal road, one of the country’s busiest highways together with other road networks needs to be upgraded to  multilane roads Interstate highway to connect major towns and villages that would have much greater effects than the current two-lane road.

Recent incident in the Gambia, show an increase rate in fatal car accidents in roads across the country.

Although the Gambia has a struggling economy that is not strong enough to undertake such ventures, the country could approach good friends like China who have the skills, knowledge and expertise in modern road construction to come to our aid.

It is believed that using the latest engineering technology and techniques is better than adding lanes. The economic benefits however, combined with improved safety and mobility will also contribute to enhanced competitiveness and quality of life for businesses and communities. 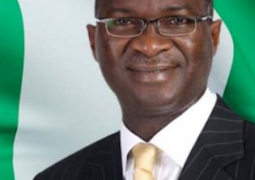