Another Gambian Pro joins U-20 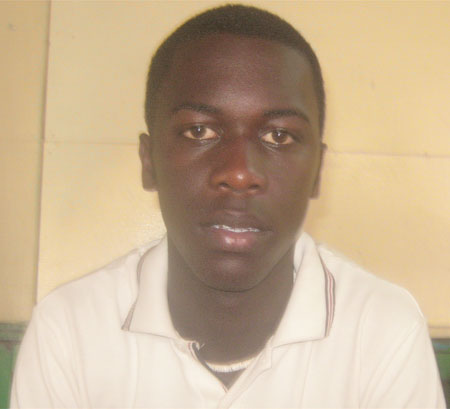 Muhammed Touray who plies his trade with Paralada in Spain on Monday arrived in Banjul, to link up with the rest of his teammates as The Gambia U-20 team prepares to host Sierra Leone in the 17th African Orange U-20 Championship, slated for July 24th 2010.

Touray who is expected to feature for the Gambia U-20 team for the first time is the second Gambian professional player to arrive at the Banjul International Airport, ahead of the big tie after his comrade and fellow professional Sainey Mboge who already joined the team in preparation for the highly-anticipated international game.

The 20-year-old Spanish born Gambian forward and  midfielder is currently with Peralada in the Spanish Premier 1 Catalana,  a third division team in Barcelona.

Touray who arrived in Banjul along side his father Hamidou (Sumareh) Touray from Barcelona started his career with Palafrugell, a division six side in Spain where his brief spell as a semi-professional was followed by a quick move to Paralada. He has since caught the eyes of Garnolters after a sojourn of four months with Paralada.

He told this reporter that he could be tied down to a one- year contract with Palafrugell on July 22nd if the two clubs reach an agreement with an option of renewal following the expiration of a four-month contract with Paralada, where he had a successful stint as a semi-professional footballer with the Spanish outfit.
He was so influential in leading Palafrugell to a third place finish and has since proven to be a key figure during his stay with them.

"My focus now is to help the Gambia U-20 team book their place in the continental championship and I am looking forward to get started," the ambitious young Gambian professional player stated.

Meanwhile, Sulay Njie, another UK based professional player, has already arrived on Tuesday for the Sierra Leone tie.

Minister Jammeh asks youths to continue believing in themselves