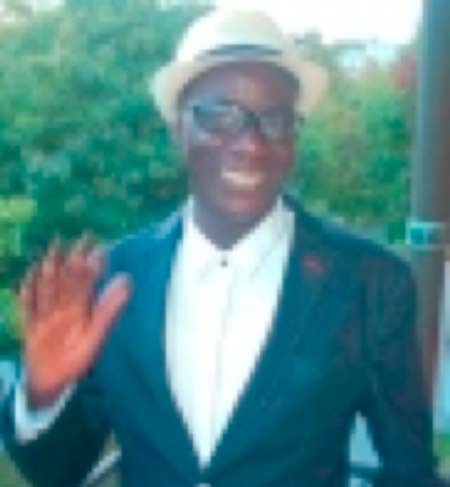 According to the Los Angeles Times, what Bill Graham was to rock music, Oko Drammeh is to African music.

He had been a phenomenal fulcrum to the growth and promotion of African music.

A disk jockey, music producer and festival Impresario, Drammeh is well known for putting on concerts all over the world, the first being the African Music Festival that attracted over ten thousand attendees annually.

Drammeh is largely responsible for the increased popularity of African music worldwide and had continued to promote African music and its artistes through festivals, symposiums, concerts, and radio and TV programmes.

Oko Drammeh was born in Gambia to Kebba Landing Drammeh, a chief engineer at the Gambia Marine, and Ya Aret Mboge, a political activist.

He grew up working as a disk jockey for radio stations, nightclubs and social events. Later, Drammeh became the producer and promotions manager of a Gambian musical band called Ifang Bondi, through which he was able to learn more about the Gambian music scene.

In 1981, he moved to Holland to join his family. While in Europe, he realised that Ifang Bondi and African music, in general, was unique and could compete with sounds from other parts of the world.

This led him to launch the African Music Festival in 1983.

Drammeh rightly predicted that there would be increased interest in African music across the world, and he wanted to be on the frontline in offering it a platform that made African music and its artistes visible to the world.

The festival gained popularity in Europe drawing more than ten thousand people annually, and becoming one of the world’s largest African music events, featuring musicians, drummers and dancers from all over Africa.

Most of the major names in African music including Miriam Makeba, King Sunny Ade, Soto Koto Band, Angelique Kidgo, Salif Keita and a host of others have graced the festival’s stages.

The festival became one of The Netherlands’ biggest tourist attractions, gaining the support of the Dutch Ministry of Culture and City of Delft.

Consequently, Drammeh was handed numerous awards by the government of Holland and the City of Delft.

The festival then spread to Amsterdam under the title “African Feeling Concert Series” which exhibited African artistes who had made the European and American charts.

Due to increased popularity, the festival made its debut in America in 1997 at the John Anson Ford Theatre in Hollywood, California, and was received wonderfully.

Drammeh was awarded a certificate of honour by the senate of California for bringing the African Music Festival to America.

After the success of the Nanning Festival, Drammeh was called on to organise a Convention of Music and Arts in Beijing with the aim of educating the Chinese people on organizing festivals, fashionable pop events and any other cultural events.

During his visit to China, Drammeh toured the country and established partnerships with the Chinese in 2009.

In the same year, the Soto Koto Band was invited to Japan to inaugurate the city of Kyoto as the world’s green city.

The band also performed in two concerts in Tokyo. In a search for the roots of reggae, calypso and afro-Cuban music, Drammeh also went on an African cultural tour in the Caribbean islands in Jamaica, Cuba, Antigua, Martinique, Trinidad and Guadalupe.

Drammeh went on to bring African troubadours, also known as griots, from West Africa on a US tour. He dubbed their concerts the “Night of the Griots”, a musical and cultural experience highlighting the history and poetic storytelling of a traditional musician and singer and his 21-string kora instrument.

It was an experience of acoustic kora music and singing in which griots and the traditional sound of kora music exposed authentic and traditional Mandingo music to American audiences, creating a platform for cultural exchange between the USA and West Africa.

After years of organising thousands of concerts and festivals, the world music deejay and festival promoter founded the Soto Koto Concert Management in 2000, which is a company that provides competent technical support services to artistes and event organisers.

His Hollywood-based music company was named in memory of Drammeh’s late brother, who had a football club called Soto Koto Vous.

Drammeh later formed the famous Soto Koto Band that entailed a group of preeminent musicians from all over the world who unified a diverse range of modern and ancient musical influences.

The band combined the rhythms of Africa, the music sensibility of modern dance music, and the intensity of big band jazz.

While in Hollywood, Drammeh also worked as a music producer for Higher Music Octave whose music is distributed by Virgin Music Records in the USA and by EMI records worldwide.

In addition to producing several albums for the Soto Koto Band, Drammeh had also produced documentaries on African music and culture for BBC, written articles for Downbeat Magazine and had organised a large number of festivals, concerts, symposiums and other cultural exhibitions.

He also gave a lecture series while he was in Austin, Texas, and was awarded an honorary doctorate degree of arts from the University of Texas.

In his continuous quest to promote African music, Drammeh had contributed largely to the African creative sector, especially in The Gambia.

In 2006, he was elected the public relations officer of the Gambia Music Union and re-elected in 2010.

When the Union of Gambian Musicians (MUSIGAM) was formed in 2008, Oko Drammeh was elected the public relations officer.

He played a crucial role in the formation of the Gambia Copyright Office where he served as the secretary of the office until 2012.

That same year, Drammeh was elected as the secretary general of the newly inaugurated Royalty Collecting Society of Gambia.

He is currently serving in the board of directors as the public relations officer of the Arterial Network Gambia that is an Africa-wide network of organisations, festivals, companies and individual artists working in the creative and cultural sector across Africa.

Drammeh is an artistic consultant at the Centre Culturel Blaise Senghor in Dakar, Senegal.

He believes that there is great potential in the African arts sector and he is determined to promote the arts and educate artistes.

Due to his passion for African music and the great strides he’s taken to put African music on the map throughout his over twenty-year career, Oko Drammeh had earned the respectable position he holds in the music industry around the world. 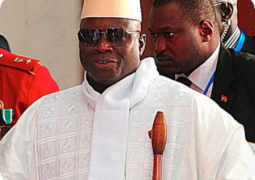