The Senegalese president, Abdoulaye Wade, who now doubles as the Chairman of the Organisation of Islamic Conference (OIC), has affirmed that the recently held summit of the OIC in was a success story for the organisation. He justified his statement by referring to the meaningful discussions held during the summit, which included the revision of the charter comprising 39 points, geared toward making the organisation more efficient by strengthening cooperation and human capital development.

The outspoken Senegalese leader remarked that it is incumbent upon the OIC member states to individually and collectively promote true partnership in economic, social and cultural fields.

"The main issue here is to explain how the Muslim world with such a rich heritage is lagging behind so seriously in the area of economic and social development, Science and technology despite its vast human potential, more than a fifth of the world population, and its abundant resources," he said.

"The paradox of our times lies in the fact that even though the Muslim world is prosperous, the vast majority of its people are needy. Our faith is governed by the principle of solidarity, equity and sharing.

"Indeed, the Muslim Ummah presently holds the keys to its people's progress and peace. Evidently, nobody is going to do for us that which we are not willing to do for ourselves.

"Apart from the Muslim faith which binds us together, we need to strengthen the foundations of our unity and build the foundations of our cohesion to enable our consolidated Ummah to fully play its rightful role in the concert of nations." President Wade made this pronouncement at a press conference held shortly after the summit.

Concerning the press, President Wade disclosed that he had never gone against the press, noting that it is thanks to the press that he came to power.

"The journalists should do their job with accuracy and honesty. If they have proved any government authority corrupt or misappropriation of funds, they can report it, but with evidence," he stressed.

He contended that certain people practising journalism are in fact dropouts from school, who are engaged in tarnishing names of good people and blackmailing people to get cheap popularity.

Asked as to when he is going hold discussion with the opposition, he said: "What opposition? In my government, there are four parties and the other 43 parties that formed coalition with my party. Those who lost in the presidential elections and claimed to be opposition and do not have representatives in parliament, I do not want to waste time with them."

The summit, which was the 11th of its kind, was attended by about 30 Head of States, one prince and three Vice Presidents. The OIC consists of 57 states. In all, over six thousand delegates, brought by a total number of 50 planes, attended the summit. 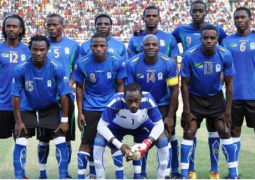