Recent data released by the Monetary Policy Committee of the Central Bank of the Gambia indicated a revised growth projection of 6.5 percent for the Gambian economy in 2008, down from 6.9 in 2007. This is premised on the decreased activity in building and construction and groundnut trade.

At a press conference held at the Central Bank last Friday, Mr. Bamba Saho, Governor of the Central Bank of the Gambia, revealed that in the year to end- January 2008, growth in money supply decelerated to 3.9 percent from 22.6 percent in 2007.

'Quasi money grew by 11.2 percent whilst narrow money contracted by 2.3 percent. Reserve money grew by a minuscule 0.1 percent compared to 12.8 percent a year earlier," he elucidated.

According to Governor Saho, the inter-bank foreign exchange market continues to be vibrant. 'The volume of transactions in the inter-bank market, measured by aggregate purchase and sales of foreign currency, increased to US$1.7 billion compared to US$1.2 billion in 2006."

'The banking sector remains sound and profitable. The industry risk-weighted capital adequacy ratio was 23.9 percent in December 2007, over and above the required minimum of 8.0 percent" he observed.

The Central Bank Governor went on to reveal that headline inflation, measured by the National Consumer Price Index, rose from 2.0 percent in January 2007 to 5.1 percent at end-January 2008. This however compared to end-December 2007, consumer price inflation decelerated by 0.9 percent.

The outlook for inflation, he noted, is influenced not only by domestic factors but international developments as well. "Mirroring the moderate growth in the monetary aggregates as well as the strengthening of the Dalasi and low inflationary expectations, inflation is forecast at about 5.0 percent at end-December 2008."

There are however upside risks to the inflation outlook relating primarily to the continued increase in global and commodity prices and the outcome of the 2008 budget, Governor Saho noted.

In conclusion, The Central Bank Governor reaffirmed the Monetary Policy Committee's resolve to continue to monitor changes in economic conditions and respond appropriately in order to discharge its mandate to maintain price stability.

Previous:
President Adama Barrow’s 4th address to the nation on the national response to covid-19
Next:
OIC Summit is a Success Story - President Wade 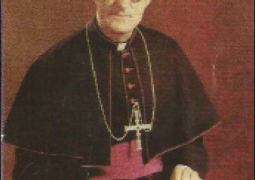