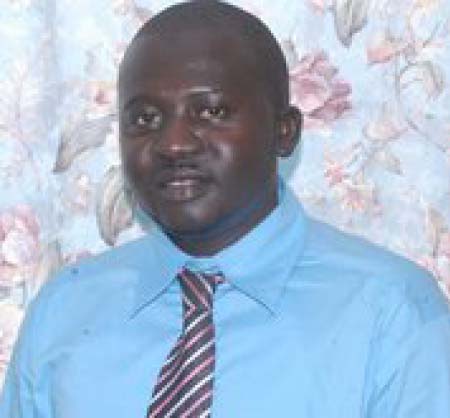 Camara, one time editor of the Gambia Sports Online Website, replaced Abdoulie Bah, who has been promoted to the position of secretary general at a general meeting of the SJAG executive held recently at the association’s office in Churchill’s Town.

Bah, who is currently in Austria for the 75th Congress of the AIPS, was recommended by the association to occupy the top seat, which has been dormant for quite a while.

He replaces former occupant of the position Sang Mendy of City Limits Radio who wasn’t active in this position over the period.

Camara was not present at the general meeting but the recommendations from the entire membership of the SJAG was enough to earn the promising sports writer the high post at the association and could not wait to express his delight at the promotion.

He said: “Well I am honored and privileged to be given the opportunity to work as an Executive Member of this noble association. This has gone to show that they have the trust in me and like what I am doing. I hope to live up to exceptions.”

He continued: “The appointment was done in my absence, as I was bereaved having lost a dad, which has gone to prove to me that I am appreciated.

“Even though I am yet to get an official confirmation, I have been informed of the development and - like I said - I am privileged. As a vice-presidential candidate for another party during the congress, to be given the opportunity to work with the Executive led by our dedicated and committed President Sainabou Kujabi-Njie is really challenging and it is an opportunity I could say no to.

“I would like to call on all the sports journalists in the country to come together under one umbrella and work for the interest of our nation. Only through unity shall we succeed in all our endeavours.”