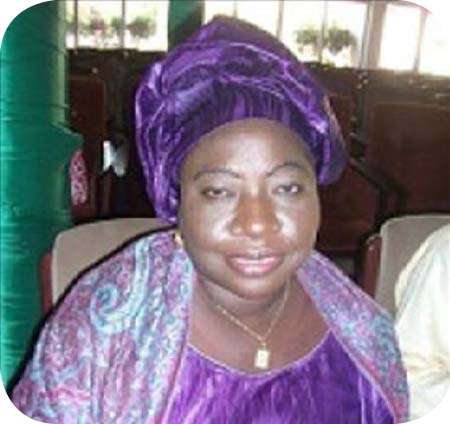 The deputy speaker of the National Assembly, Fatou Mbye, has told officials of the National Youth Service Scheme (NYSS) that the loans given to ex-corps members must be repaid.

“I want the board of NYSS to categorically know these loans will not be left unpaid; that is why we are all here,” the deputy speaker told officials of NYSS.

Hon. Fatou Mbye was speaking yesterday during the Joint Session of the Public Accounts and Public Enterprises Committees (PAC/PEC) of the National Assembly, whose members unanimously considered and adopted the NYSS financial statement and annual report for the year 1stJanuary to 31st December 2013.

Presenting the report, Emmanuel Mendy, chief executive officer of NYSS, said the NYSS was created by an Act outlining four cardinal principles that would guide NYSS towards achieving its aims and objectives.

NYSS has a board that went on tour to see those who received loans from the scheme for repayment, but some people were yet to repay loans owed the institution, Mr Mendy told deputies.

He added that though there were guarantors they wanted the assembly to help them recover the monies from their debtors.

Mendy expressed the scheme’s appreciation and gratitude to the Gambia government for creating such an important body in the country and consistently providing financial and logistical support to sustain the operation of the NYSS.

“We all know in this present economic situation, we are facing so many challenges to get these loans paid, because we are having problems of mobility and we do not have enough staff since most of our senior staff were sent for indefinite leave; we are constrained,” he said.

During the question-and-answer session, Hon. Bafaye Saidykhan asked Mendy to clarify how the recovery of the loans, which is government’s money, has become a challenge.

Mr Mendy told the assembly that the present board of the NYSS did not witness the disbursement of the loans.

However, he said they would do all they could to ensure the loans are repaid.

At that point, the deputy speaker of the National Assembly, who was chairing the session, intervened and said it was the duty of each and every one of them to see that the loans were repaid.

“We all took the oath of allegiance to make sure government properties and monies are well spent as planned,” the deputy speaker said.

“A loan cannot be given out without collateral security; if there are collaterals it would be easier to recover these loans from the debtors, but if not it would be very difficult to recover; notwithstanding that shouldn’t be an excuse.”

She added: “These loans must be repaid. I want the board of NYSS to categorical know that these loans will not be left unpaid,” she said.

NYSS CEO Mendy underlined the legal mandate as a framework for its activities in The Gambia, that would enable all citizens irrespective of creed, gender, age, or political affiliation to participate fully in the development of the NYSS, and agreed that the outstanding loans would never be left unpaid.

Sana Sarr, chairman of NYYS, said based on its mandate and in line with the National Governance Programme, the NYSS’s objective is to recruit and train young people in different skills to become responsible persons in future irrespective of political affiliation.

He told the committees that in the process of fulfilling its constitutional mandate of educating for democratic citizenship, the NYSS recruits and prepares youths for future challenges.