Ajax FC will rub shoulders with AU Summit FC in the 2013 Gunjur Nyamina intermediate football tournament final after winning their semi-final ties at the Gunjur Nyamina Football Field at the weekend.

Ajax sailed to the final following their 5-4 post-match penalty shootout win over Pentagon FC in the first semi-final clash, after a goalless draw in the regulation time on Saturday.

AU Summit progressed to the final after a 4-3 post-match penalty shootout victory against Barcelona FC in the second semi-final game, after a goalless draw in the normal time on Sunday.

Ajax and AU Summit are the two most consistent teams in the tournament and have won their games in grand style. They are also unbeaten since the start of the tournament in February 2013, which earned them a place in the final.

The tournament is organised to nurture and groom young talents in Gunjur and its environs as well as fostering unity and understanding among young people in the area. 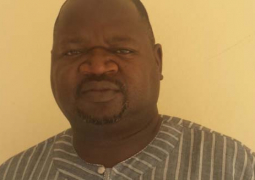