The National Sports Council, NSC, yesterday issued a press release stating that the council, along with the Ministry of Youth and Sports, does not recognize the current executive members of the Gambia National Olympic Committee, GNOC, “until an acceptable elections process is held with the participation of all sports associations”.

The release further went on to call on all government ministries, departments, parastatal organisations and all stakeholders not to deal with any of the GNOC members on anything related to GNOC matters, “until an acceptable election process” was conducted.

Signed by the acting executive secretary Fabakary Touray, the release also advised what it called the self-proclaimed GNOC executive members to cease from representing The Gambia in any capacity relating to Gambian sports, or organize any national and international sporting event, until an acceptable election process is held.

There has been no immediate response from the GNOC members to this latest announcement by the NSC. 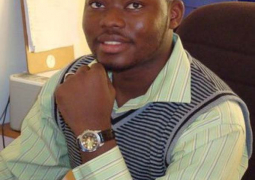