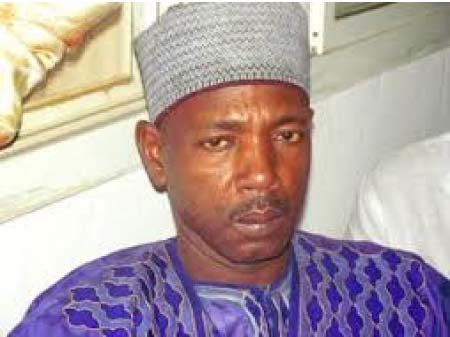 The opposition leader Hamat Bah has said the President touring the country is a constitutional requirement. He pointed out that there is a provision in the constitution that requires the President to go on a tour of the country, at least twice in the year, to visit up country to find out what’s happening; to dialogue with the people; to look at their problems and to development projects and assess how far they have gone.

“So when President Yahya Jammeh went on a tour, he was fulfilling his constitutional responsibility,” Hamat Bah said in an exclusive interview with The Point.

He added: “It’s good that he went on a tour. The problem, though, is that the President did not offer anything new to Gambians. Here is a government that prided itself in claiming to be opening a project every six months. And I’m not aware, since last year, that they have inaugurated or opened a new project.”

He continued: “What is most interesting is that the President talked about increasing rice cultivation in the country, to the extent of setting a date, 2016, when there should be no importation of rice.

“Let me just say one thing. It is good that we hear this, after we have taken up this issue as a party and as a candidate. In 2011, throughout The Gambia, anybody who listened to us heard me saying that the solution to Gambia’s poverty and our development lies in the River Gambia. I gave examples of countries that are so rich today, because they’ve used their natural resources, particularly when it comes to water.

“So as far as I’m concerned, the President was propagating issues that we have already talked about. I would have appreciated the President doing this since 1994. If 20 years ago he had talked about this, the way he’s doing today; if he had planned it properly, I would say that he has a chance to succeed; probably by now we would have had a different chapter.”

The leader of the National Reconciliation Party, NRP, went on: “When the President had Allah’s World Bank in his hands; that was the right time to talk about achieving food security by using our natural resources, our gift from God, that is, the Gambia River.”

“What really surprised me about this issue is that the President is talking about it, but not really telling us how to go about it. Where are the resources? When will he deliver to the farmers the resources to meet the target of 2016?

“Because these things go with a lot of implications - the material resources needed to be there. The human resources must be on the ground to help our farmers develop the varieties of rice that are high yielding. We need to see what varieties we have and what more needed to be brought in; farmers have to be trained; and, of course, providing the farm machinery necessary for this to be achieved.

“It involves a huge amount of money.” This is why, he further stated, “the private sector must be involved. We need to establish the legal framework for private sector participation with local farmers. It must be in place to provide safeguards for the farmers, as well as the private investors in agriculture. This framework is not in place, at this moment,” Mr. Bah added.

Therefore, food self sufficiency “in two years time is out of the question, as it is simply not feasible,” he further declared.

“We can achieve national food security if there is proper planning; if the resources are made available; if the target is realistic. But not in two years’ time.  I can tell you that we’ll get to two years, come 2016, and we’ll still be where we are.

“The President must give us tangible evidence that his desire is achievable; that these are the resources, here are the trained personnel; here is the money to buy the equipment, seeds; fertilizer, money to acquire all the things that are necessary. We need these resources to make the 2016 dream a reality in this country.”

Hamat Bah emphasized that he cannot take President Jammeh seriously, when he talks about food self sufficiency in this country, as he does not believe that is achievable by 2016.

“Our party did talk about these things, and we meant it. We still strongly believe that if properly organized, the necessary resources provided; within a period of five years, Gambian can start exporting rice. That’s our party’s belief, and it’s a commitment we have in our national development programme.”

He added that his political party holds that “the River Gambia is the solution to eradicate poverty in The Gambia.”

He said rice could be cultivated in this country all-year-round, “and be exporting rice” through instituting irrigation schemes within the length and breadth of the country.

“But then you need to really make the resources available. That is why I’m worried about 2016. I believe it is not feasible for Gambia to have self-sufficiency in rice, under the current circumstances and the current atmosphere, by 2016.

“It’s easy to say, but getting it done is the bigger task. How does he want to go about it, other than the threats; other than the pronouncements; let him come out and tell us.

“We have our programmes, as a party. If they need our assistance, as to how to go about it, we are willing to give it. If they want to get this done, they need to really be prepared for it.”

Meanwhile, he announced, “we are also planning to go on a tour. They rejected our permit, as we wanted to go before the President. I hope this time round, when we deliver our application for a permit it would be accepted since the President has completed his tour.

“We will go on tour; visit the people, meet them, discuss with them and enlighten them on our programme for development of the country. It will start with a tour of the Upper River Region, and then tour the rest of the country; we want to do so before Ramadan.”