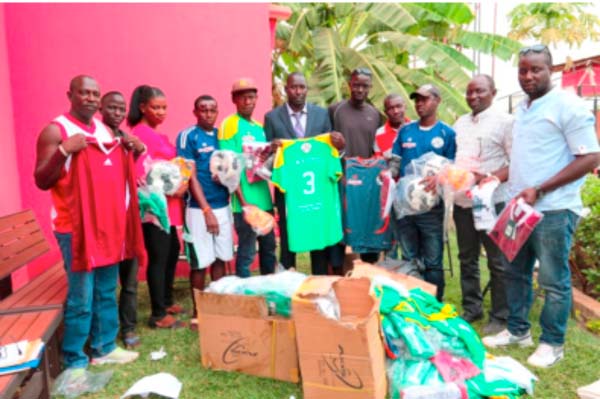 The President of the Central River Regional Football Association Numukunda Kanyi has expressed gratitude to the Norway-Gambia International Holding Company Norga for donating six complete sets of jerseys, eighteen footballs and thirty Adidas T-Shirts to his association.The presentation took place in Bansang over the weekend

According to two of the region’s top coaches Pa Ngum and Ebrima Saine, they were surprised by the huge quantity of materials Norga brought for them.

“What is even more amazing is that Norga travelled more than four hundred kilometres to reach here at their own cost,” Ngum said.

They thanked Norga through their officials Ba S. Jabbi, Mamadi Ceesay and Louis Andrew Mendy for bringing a huge smile to the faces of the regional footballers.

The occasion was also used to present certificates of appreciation to Ba S. Jabbi, Mamadi Ceesay, Louis Andrew Mendy, Ousman Nyan and Stian Lund by the CRR Coaches Association, whose members took part in a coaching clinic organised by Norga at the FIFA Goal Project earlier.

According to Norga officials, the presentation of materials will continue to the Upper River Region, North bank Region, Kanifing Municipality and finally Banjul City.

“Norga International believes in sharing with the deserving and the needy,” said CEO Jabbi. 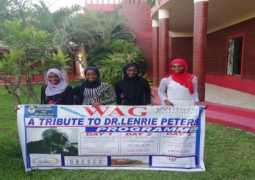 Gambia up for international friendly against Tanzania