No one has right to lease gov’t lands - Tourism Minister 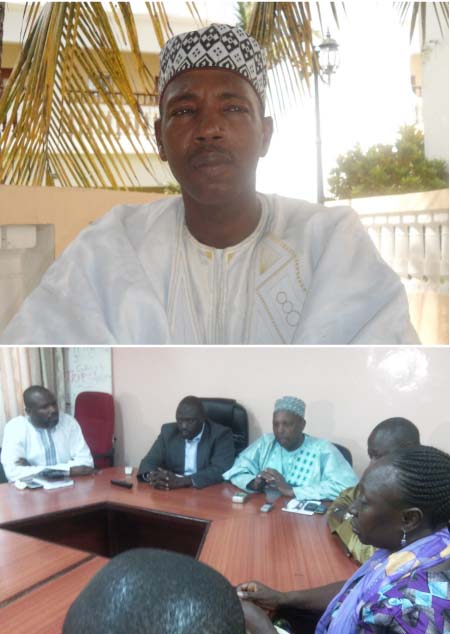 Hamat Bah, minister of Tourism and Culture, has said that no one has the right to lease government lands without following all the due processes with the government.

He made this statement during a press briefing recently held at the ministry in Banjul. The briefing, also attended by the minister of Natural Resources and the Environment, was convened as a result of public outcry regarding the Bijilo forest park.

The Tourism minister emphasised that anyone who leased a plot of land without following all the due processes with the government has done something illegal, and “we would make sure that the situation is corrected”.

“We have to give the land to investors to invest on it in order to create jobs so as to improve the economy of the country,” he said.

Mr Bah said the issue of Bijilo forest park has been in the social media and everybody has been talking about it, and his ministry has received many calls from people who are interested in the land, including tourists.

“People of all of walks of life have been asking questions so it is, therefore, necessary for us to set records straight,” he said.

He explained that after assuming office as the tourism minister, about a month ago, he and his officials embarked on a mission to find out what actually happened at the Bijilo forest park.

“One of the discoveries that we found there is that they have started clearing the park as far back as in October, November and December before and after the election,” the minister said.

“We also discovered that part of this land was allocated to the hotels.

“We have also discovered that recently, the Ministry of Tourism has approved a project of building a five-star hotel with an international conference centre at the park.  We found that necessary so we are going to give it our support and it is going to be one of the first projects that we are going to focus on.

“The foundation stone would soon be laid and the hotel would be operational by 2018.  The contractors have already started doing some work.”

The tourism minister said the forest park is gazetted by law and only the Ministry of Natural Resources and the Environment have the mandate to approve or authorise anybody to do anything on that land.

“The allocation of the part of the land of the forest part to the hotels was done by the previous government, and I think due process was not followed because it was done by an executive directive.

“The beneficiary hotels can come back to us and we will find a way of accommodating them and to see to it that our forest park, our natural resources, are not destroyed.”

Lamin B Darboe, minister of Natural Resources and the Environment, said the Bijilo forest park is more than a total of 60 hectares and it has a lot of biodiversity, both fauna and flora.

“It is a major attraction for tourists and is also a source of income generation for the government of The Gambia,” he said.