The national U20 team will today move to camp with 20 players ahead of their clash with the Black Stars of Ghana in .

The team is expected to leave for on Wednesday 24th September for the second round of the CAF U20 youth championship slated for 2009, in .

The match is scheduled for Sunday 28th September in .

Lamin Sarr who took in charge of the team following the resignation of Italian coach Lorenzo Rubinacci will lead the darling U20 team and will be assisted by the Italian goalkeeper trainer, Franco Cresentiny.

Mr. Sarr was the assistant coach attached to Coach Lorenzo Rubinacci who resigned early this month.

Speaking to Pointsports yesterday, Coach Sarr revealed that the team will move to camp today after training.

He added that the team's morale is very high and they are well prepared for the game.

"We want to qualify for the championship which is our priority."

In the words of Coach Sarr, 20 players are invited in camp, but they will do the final selection before going to .

According to him the invited foreign-based players have started arriving.

He revealed that Sainey Sidibeh from VFL 93Germany has already arrive, Pamodou Jagne and Abdourahman Dampha are expected on Tuesday while the arrival of Sainey Nyassi and Abdoulie Ken Mansally is still uncertain.

Meanwhile the 20 players that are invited in camp are as follows: 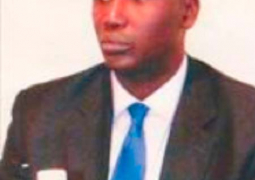 Statement delivered by the Hon Nana Grey-Johnson Minister of Information and Communication Infrastructure Republic of The Gambia during the 37th Session of the UNESCO General Conference Paris, France, 5th – 20th November 2013