No hearing for ex-IGP & Co

The robbery trial involving the former Inspector General of Police, Ensa Badjie and Chief Superintendent of Prisons Ali Ceesay, could not proceed yesterday as scheduled at the Special Criminal Court in , due to the absence of the trail judge, Justice Emmanuel Joseph Ikpala.

The accused persons and their counsel, Borry S. Touray, were in court, but both the judge and prosecutors were absent.

The court was parked to capacity with, among others, relatives and media personnel, when it was announced that the case could not proceed.

The presiding judge, sources told The Point, was attending a sub-regional seminar on financial and economic crimes for judges in the English-speaking West African countries, which got underway at the Sheraton Hotel in Brufut on Monday.

Consequently, the case was adjourned to 29th June 2010 for the continuation of the testimony of the first prosecution witness, Soriba Condeh.

This witness is presently a convict serving a life sentence for robbery at the Mile 2 State Central Prison. 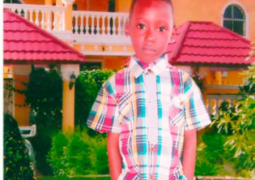