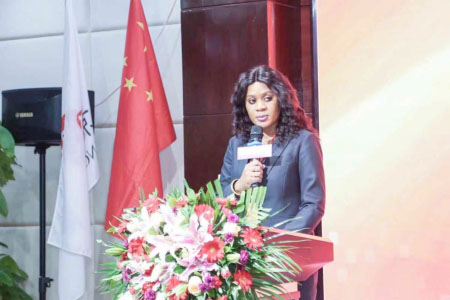 “In Wuhan, Hubei Province, the epicenter of the disease, there are 20 Gambian students living there, but no Gambian citizen is infected in China,” she confirmed.

She indicated that 5,974 confirmed coronavirus cases and 132 deaths have been reported on the Chinese mainland as of Tuesday midnight.

She states that The Gambia Embassy in Beijing was in close contact with the Gambian Student Union in China and the Gambian Association in Guangzhou and all Gambian citizens in China are advised to monitor the situation and take preventive measures.

She indicated that His Excellency Xi Jinping, the president of the Peoples Republic of China has encouraged unity against the coronavirus. During his meeting with the director general of the World Health Organisation, Tedros Adhanom Ghebreyesus, President Xi emphasized that people’s lives and health remain the top priority of his government and disease prevention and control is the most important task at present.

Ms. Jobe informs that about 2,300 medical workers from across the Chinese mainland arrived in Hubei province on Tuesday to aid in the diagnosis and treatment of the pneumonia disease caused by a novel coronavirus and The Gambia is confident in China’s ability to overcome this crisis.

On behalf of the government of The Gambia, Ms Jobe extends sincere condolences to the bereaved families due to the contagion. She commends the People’s Republic of China for its timely response to the novel coronavirus outbreak and extends appreciation for its tremendous efforts to curb the spread of the disease.

The Gambia, she added, stands in solidarity with China against the coronavirus and reaffirms The Gambia’s commitment to further strengthen bilateral cooperation between the two countries.